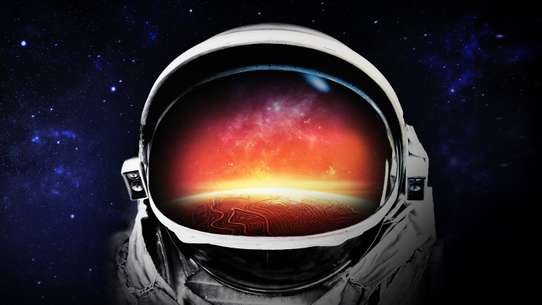 The BEST episodes of Cooper's Treasure

Considered one of NASA's original space pioneers, astronaut Gordon Cooper discovered something extraordinary on a 1963 mission. While circling Earth during a 122-hour flight to detect nuclear sites, Cooper photographed more than 100 anomalies around the South Caribbean. He later believed the dark patches that appeared on the photos to be sunken ships, and while working for decades in secret, Gordon created a map that he thought could uncover treasures worth billions of dollars. Before passing away, he shared his meticulous research with longtime friend Darrell Miklos, and now Miklos is teaming with seasoned explorers and researchers to finally make good on Gordon's dream.

Darrell zeroes in on a shipwreck linked to Gordo’s list, but learns they are on the radar of some dangerous locals. He leads his team to an area called “the shallows” where they battle wind and waves that have claimed a century’s worth of ships.

A dangerous storm threatens to shut down the operation just as Darrell and team discover gold ore in the remains of an old wreck.

Leading to one of the richest finds in Darrell's career, the team discovers ornate artifacts that indicate the location of a 16th century captain's quarters.

Darrell narrows his sights on a multi-million dollar wreck tied to Sir Francis Drake, as he and his team race to locate a treacherous area identified on Gordon Cooper’s map as Dragon’s Teeth.

The discovery of a lifetime becomes a massive salvage operation. Pulling up and verifying Columbus’ anchor might be the biggest challenge yet.

Darrell discovers a 1700s-era cannon which sends him on a mission to make the debris path & determine the ship's origin. He reveals a letter Gordon's files detailing the find of a 16th century English wreck with a connection to Sir Francis Drake.

Darrell and Cream make the first big discovery of the expedition as they follow new clues and Gordon Cooper's Treasure Map From Space to an area known as the "holy grail" of colonial era shipwrecks in the Bahamas.

Darrell follows the Columbus trail and dives past the limits of his gear into extreme danger. A huge discovery changes everything.

After finding evidence of an 18th century-era lifeboat near shore, Darrell and the team discover the shipwreck it came from; then an unexpected tragedy throws the entire expedition off course, leaving Darrell and his team scrambling to recover.

A new piece to an astronaut’s treasure map could be worth billions, making Darrell a target for danger.

Darrell finds the final piece to Cooper’s code. Hiring a crew presents new danger as Darrell discloses his secret mission. On the water, an immediate discovery.

Darrell leads his team to an old area where they battle wind and waves that have claimed a century's worth of ships; and Darrel and team evidence of a 1700s era lifeboat near shore, but an unexpected tragedy throws the expedition off course.