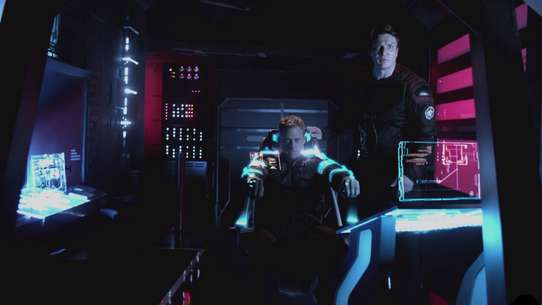 The BEST episodes of Con Man

Every episode of Con Man ever, ranked from best to worst by thousands of votes from fans of the show. The best episodes of Con Man!

Wray Nerely is a struggling actor who starred as a spaceship pilot on Spectrum, a cult classic science fiction series. He navigates the odd people and incidents he encounters along the way while learning to love the fans he has.

The cast of Spectrum (save for the late Bruise Camp Bell) has a reunion at Jack Moore's house, where they watch the lost episode and consider whether to do the Spectrum movie. Jack's pulled over by a cop, who's luckily a huge fan.

Wray’s role is downgraded during a video game gig. Milo Ventimiglia convinces Wray to attend a comic book store opening in his absence.

#3 - Too Much Closure for Comfort

During the reunion, Wray has a one on one with each of his Spectrum co-stars and realizes how much doing the movie means to them. Also, his militant co-star Stutter, who still holds an old grudge against Wray, exacts his cheesy revenge.

Wray and Louise make-out-ish in a blue police box. Hearts and more break over dinner and it’s revealed that Wray Wray is getting action. Leslie, Sean and Bobbie work out their own issues.

Bobbie’s “levy” is cresting under the tempest of Leslie Jordan and Sean Maher’s attention. Wray gets an action figure, “Wray Wray”, and learns the love you can only feel as a father.

Wray meets the girl of his dreams and knocks her off her feet. Bobbie competes in a cosplay contest judged by the amorous Leslie Jordan and Sean Maher.

Wray meets Jack Moore's new assistant Faith and she informs him Jack wants to make a spectrum movie much to Wray's disappointment.

It’s a tough room at the auditions for Doctor Cop Lawyer, casting director brings him in just before lunch, everyone is distracted, the social media team should be in diapers, and Diego Alfonzo is video conferencing in with a poor connection.

#9 - Thank You for Your Service

Michael Dorn and Kevin Gevioux host a panel on racism in animation with Wray. Wray is an equal opportunity bigot. The military rescues Wray from himself.

After firing his agents, Wray is forced to hire Bobbie to negotiate a cereal commercial on his behalf. Faith decides to get her shit in order.

Jack Moore meets with his agents to find his movie career is on the rocks. Wray isn't sure how to tell Jack he's dating Faith, Jack's assistant.

Wray admits to Jack that he isn’t interested in climbing back into the Spectrum cockpit. Jack promises Wray an audition for Doctor Cop Lawyer if he agrees to do the movie.

The Long Con boiler room traps more and more convention goers behind its self-locking door, providing Lou Ferrigno a cast for Of Mice and Men: The Musical.

Spectrum's creator leaks the lost episode of the show and breaks the Internet. Bobbie, Wray and his 90-year-old roommate and former stuntman-for-actresses, Dale, watch it together.

At the Ambivalence - the Uprising party, Wray is torn between preventing Tiffany from drinking and impressing Finley Farrow. Meanwhile, Bobbie and Stutter try to take Girth out of the picture.

Wray meets his convention assistant, Karen, who is a machine, a machine, a soft serve machine. Wray signs autographs for his fans and agrees to work on his audition scenes with his manager Bobby.

The cast of Spectrum reunites at Shock-A-Con and Jack asks Wray to keep an eye on them while he finishes securing financing for the Spectrum movie.

The morning after the VIP party Wray discovers that he recorded and sent in his audition during his drug and alcohol fueled blackout. Wray insults the fans and apologizes only insulting them more. A handicapped mob forms and gives pursuit. Sean Astin gets bourbon balled.

Girth and Wray compete for the role of Dr. Officer Blade Slater, Esq. on the Course of Ambivalence. Jack tries to gather the cast of Spectrum onto the Shock-A-Con main stage for a big announcement.

Wray Nerely experiences an unusual fan interaction in the airport men’s room and after accepting some timely advice from Sean Astin, is almost ejected from his flight by Air Marshall Cahoots.

Wray shoots a commercial to impress the director of Doctor Cop Lawyer, Diego Alfonso. Against the warnings of the Stunt Coordinator, Wray decides to perform his own stunts.

The gloves come off when the lost Hemsworth, Girth, wanders out of the outback and into the running for the titular character in Doctor Cop Lawyer.

Wray heads to the Long Con to help build awareness for Spectrum: The Movie, but ends up locked in the boiler room with Lou Ferrigno.

Diego Alfonso invites Wray to audition for the role of Doctor Cop Lawyer sidekick, Dick Trimmings. Initially Wray is put off by the offer, but regroups and decides to become the best character actor he can be. To do so, he seeks the assistance of his old friend, the 2nd best Mocap artist in the world, Jerry Lansing.