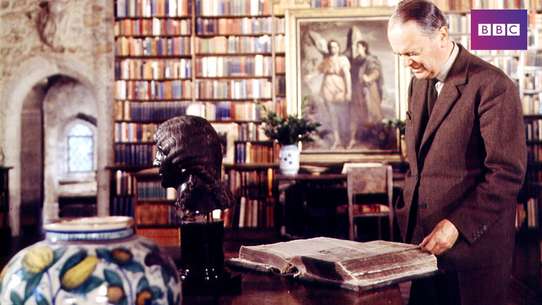 The BEST episodes of Civilisation

Kenneth Clark's 13-part series produced by British Broadcasting Corporation's Channel 2 (BBC-2) in 1969 and released in the United States in 1970 on public television, remains a milestone in the history of arts television, the Public Broadcasting System, and the explication of high culture to interested laypeople. The series offers an extended definition of the essential qualities of Western civilization through an examination of its chief monuments and important locations. While such a task may seem both arrogant and impossible, Clark's views are always stimulating and frequently entertaining. Civilization, he suggests, is energetic, confident, humane, and compassionate, based on a belief in permanence and in the necessity of self-doubt.

To conclude this landmark series, Kenneth Clark considers the ways in which the heroic materialism of the past hundred years has been linked to an equally remarkable increase in humanitarianism. The achievement of engineers and scientists such as Brunel and Rutherford has been matched by the work of great reformers like Wilberforce and Shaftesbury. As Clark notes, the concept of kindness only became important in the last century.

#3 - The Light of Experience

Here Clark tells of new worlds in space and in a drop of water that the telescope and microscope revealed, and the new realism in the Dutch paintings which took the observation of human character to a higher stage of development.

'Bliss was it in that dawn to be alive' wrote Wordsworth of the early days of the French Revolution, but the storming of the Bastille led not to freedom but to the Terror, the dictatorship of Napoleon and the dreary bureaucracies of the 19th Century. Kenneth Clark traces the progressive disillusionment of the artists of the Romantic movement through the music of Beethoven, the poetry of Byron and the sculpture of Rodin.

Kenneth Clark continues his personal reflections on civilisation with a look at Renaissance man. Clark visits Florence, where the resurrection of a classical past first gave a new impetus to European thought, and then journeys to the palaces of Urbino and Mantua, where the Renaissance manifested itself in glorious architecture. He talks of Humanism and of perspective, of Donatello, Botticelli and Van Eyck.

In the second episode Clark tells of the sudden reawakening of European civilisation in the twelfth century . He traces it from its first manifestations in the Abbey of Cluny to its high point, the building of the Chartres cathedral.

Sir Kenneth Clark begins his classic 1969 series on the history of civilisation with the re-establishment of civilisation in Western Europe, in the tenth century after the fall of Rome to barbarism. He travels from Byzantine Ravenna to the Celtic Hebrides examining aqueducts, cathedrals, the lives of the Vikings and of the Holy Roman Emperor Charlemagne.

Kenneth Clark continues his personal reflections on civilisation with a look at Papal Rome in the early 16th Century. Three great artists, Michelangelo, Raphael and Leonardo da Vinci are the chief protagonists in Clark's 'Individuals of Genius' theme. It takes him through the gardens and courtyards of the Vatican to the rooms decorated for the Pope by Raphael, and to the Sistine Chapel.

Sir Kenneth Clark presents one of the classic episodes of his history of the civilised culture of the western world. He examines the Catholic world in the 16th Century, especially the city of Rome which blossomed architecturally and sculpturally during the Counter Reformation under the hands of the baroque artist Bernini. This programme features the celebrated and stunning tracking shot through Raphael's Loggia.

#10 - The Pursuit of Happiness

Here Clark talks of the harmonious flow and complex symmetries of the works of Bach, Handel, Haydn and Mozart — and the reflection of these in the Rococo churches and palaces of Bavaria.

Kenneth Clark looks at the beginnings of revolutionary politics in the 18th Century. His theme takes him from great palaces like Blenheim and Versailles, to Edinburgh, and to the hills of Virginia where Thomas Jefferson made his home in the 1760s.

Kenneth Clark journeys from the Loire through Tuscany and Umbria, to the cathedral at Pisa. He explores the aspirations of the later Middle Ages in France and Italy, looking at the work of Giotto and Dante among other artists.

Kenneth Clark examines a new force - the belief in the divinity of nature. This takes him to Tintern Abbey and the Lake District of Wordsworth, to the Swiss Alps and the ideas of Rousseau, and to the landscapes of Turner and Constable.