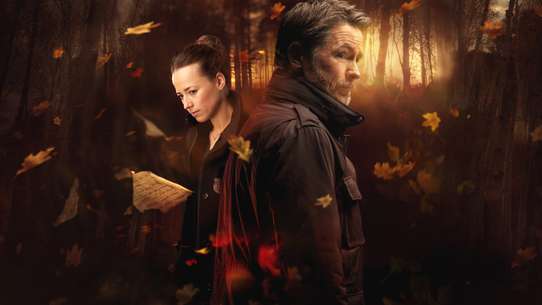 The BEST episodes of Cardinal

Every episode of Cardinal ever, ranked from best to worst by thousands of votes from fans of the show. The best episodes of Cardinal!

Cardinal struggles to right past wrongs that could derail his investigation and end his career, as the case grows more violent and twisted, and the clock ticks down on the killer's next victim.

Cardinal realizes he wasn't working alone and may be too late to save his daughter; Delorme has a decision to make when she finds answers.

Detective Cardinal finds evidence that may prove Catherine was murdered, but first he and Detective Delorme come face-to-face with Mama in a deadly standoff.

Cardinal and Delorme know who killed Woody Baldwin, but now they must find him; Cardinal's daughter visits her mom.

Detectives John Cardinal and Lise Delorme make an unexpected arrest, and follow a hunch to their killer's location, but he's one step ahead, and stopping him will be incredibly risky.

A criminal breaks into Eric and Edie's basement and finds Keith; issues between Cardinal and Delorme threaten their partnership; Cardinal takes risks in the investigation.

Detectives find themselves with a strange case on their hands involving a young woman with a gunshot wound to the head.

John and Lisa race to find Ray before he kills Terri and her brother. A betrayal threatens Cardinal and Delorme's case and their lives.

Detectives John Cardinal and Lise Delorme close in on a secret from the past as they close in on the killer’s motives and his identity.

As Detectives John Cardinal and Lise Delorme work to find a connection between the victims, they realize that not everyone’s telling the truth about the past or the killer’s possible motivation.

As Cardinal struggles in the wake of his wife’s suicide, Delorme becomes lead detective on both a double-murder and a string of muggings.

John and Lise uncover Red's identity; a shooter looks to finish the job.

Detective John Cardinal and Detective Lise Delorme connect evidence from a fresh crime scene to the ritualistic murder in the cave as Terri's memories help them make connections between her brother and a likely suspect.

Another abduction hits close to home as Detectives John Cardinal and Lise Delorme are caught in a race against time to save the next victim before it’s too late.

Cardinal and Delorme attend Todd Curry’s autopsy in Toronto. It’s a stressful balancing act for Delorme, trying to help Cardinal catch a murderer while feeling the pressure from her Special Investigations Sergeant Malcolm Musgrave to ramp up her investigation into her partner. The autopsy confirms Cardinal’s hunch about the connection between the murders of Todd Curry and Katie Pine, and the pair return to Algonquin Bay as Dyson tries to make amends with the community for the botched investigation into Katie Pine’s disappearance. Investigating the case together, Delorme tries to gain Cardinal’s trust to help her investigation. She lucks into an opportunity to tail Cardinal and takes it, against Musgrave’s orders. She discovers that he’s laundering money through a nearby casino – but has Cardinal discovered her as well?

Detective John Cardinal and Detective Lise Delorme's investigation leads them to a local motorcycle gang as the number of victims continues to rise.

A shocking death and second abduction cause Detectives John Cardinal and Lise Delorme to believe their suspect is a professional killer for hire.

After a prominent Algonquin Bay politician, Sheila Gagne, reports her prosecutor husband missing, Cardinal and Delorme quickly discover that the man has been abducted. A botched extortion attempt results in the death of their only suspect in the case, but they can’t find a connection between the victims. Whoever has taken Sheila’s husband sends her a video of him begging for his life but doesn’t ask for ransom. Delorme tells Cardinal that she’s taking a job in Toronto, and they both struggle with the idea of parting ways. The prosecutor is found dead, tethered out in a remote clear-cut and left to freeze to death.

John and Lise work with Terri; Delorme gets a major break in the case.

Cardinal and Delorme struggle to identify the victims, unaware that there is a witness to the crime, who is being stalked by the murderer.

Concerned that Cardinal is onto her, Delorme digs into the reasons behind her secret investigation.

Detectives Cardinal and Delorme discover the identity of the Cottage killer. Cardinal receives a gift that sheds light on Catherine’s death.

Cardinal and Delorme use new evidence to break the case. Cardinal makes an arrest.

A frozen corpse has just been discovered at the bottom of a cabin. This is the body of Katie Pine, a teenager who has been missing for several months. Because he had been instructed to investigate the disappearance of this girl, it is John Cardinal, who will conduct the investigations. Against the will of the inspector who prefers to work alone, Lisa Delorme, a detective specialized in financial crimes but a novice in homicide, is appointed to assist him. Cardinal investigates several unresolved cases of missing children, and quickly becomes convinced that murder of Katie Pine was perpetrated by a serial killer...