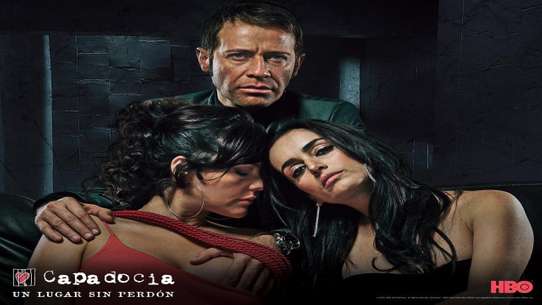 The BEST episodes of Capadocia

Every episode of Capadocia ever, ranked from best to worst by thousands of votes from fans of the show. The best episodes of Capadocia!

A drastic reformulation is urgent in order to reestablish control over the the reigning chaos and corruption in the penitentiary system in Mexico City, A group of unscrupulous business men manages to get the government representative in charge to agree on building a private penitentiary (Capadocia) inside which the interns, women, will work virtually for free. Teresa Lagos, in charge of the institution, advocates for the well-being of the interns and continuously faces the challenges of standing right in the middle of the justice balance while being exposed to the general corruption in the system. Capadocia, a place without forgiveness, hosts inside its doors a lot of women, each one with a story to tell.

#7 - The Blood of the Innocent

#8 - And All the Nations Will Cry Their Death

#11 - And He Resurrected on the Third Day

The extraordinary beauty of an inmate known as ‘The Columbian’ lands her under the control of Bambi; Teresa is moved by the case of a young prisoner named Lorena; and a frivolous fashion show officially kicks off the production of Captive lingerie.

#22 - What God Has Joined Together

#23 - The Third Part of the Sea Became Blood