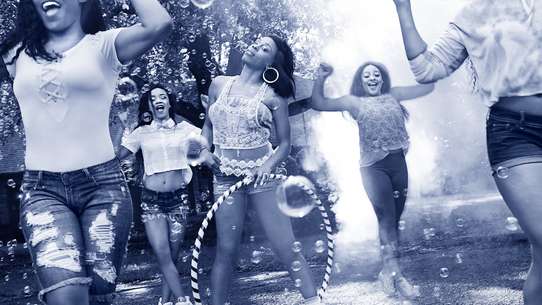 The BEST episodes of Bring It!

Every episode of Bring It! ever, ranked from best to worst by thousands of votes from fans of the show. The best episodes of Bring It!!

"Bring It!" shines a spotlight on the elite world of hip-hop majorette competitions. Coach Dianna Williams (aka "Miss D") and her Dancing Dolls troupe refuse to lose, pushing themselves to the limit each week in the relentless pursuit of victory. Every pump, thrust and high kick on "Bring It!" highlights the triumphs and struggles of intense competition, where errors aren't tolerated, mediocrity isn’t excused and only a win is acceptable.

#1 - Dancing Dolls NOT for Life

The heat of the summer season reaches a boiling point when Tawantza's temper flares out-of-control. Will a confrontation with Dianna lead to Zatia and Tawantza getting the boot? Meanwhile, the Dancing Dolls take on their hometown rival, The Purple Diamonds, and Miss D has a secret weapon: Jalen, a former Purple Diamond! This reveal leads tension to run high as the girls and moms have to decide if Jalen and her mom, NaShumba are trustworthy--or if they are double agents working both teams.

A new cocky team from Miami, Florida challenges the Dancing Dolls to a stand battle. The Dancing Doll Parents are featured in a Beyoncé inspired number, but the tables turn when Sunjai's mom, Selena, finds herself at risk of getting cut from the routine.

In season 1.5, Miss D holds tryouts for veteran dolls and new hopefuls. New and old dancers descend on to the Dollhouse Dance Factory for tryout camp. Veteran doll Tamia challenges Camryn for the coveted head co-captain position. Will Sunjai tryout for the team?. Crystianna fights her nerves when she performs her first solo.

#4 - The Big Apple and the Bitter Apple

The Dancing Dolls are up against a heated rival this week, none other than Quincy and his Prancing Tigerettes. In order to up their game, Dianna surprises six lucky girls with a trip to New York City to work with famed choreographer Tanisha Scott, who will teach them new moves to improve their stands. The Moms are ecstatic, but when Selena learns that she's not going be a part of the trip, she is not happy. Will Selena be able to hold back her feelings or will she risk her position as a DDP at the competition when she comes face to face with Miss D?

Miss D and the Dancing Dolls finally get a chance to go toe-to-toe with their crosstown rival the Purple Diamonds after losing to them at the beginning of the season. Meanwhile, Miss D challenges head captain, Kayla, to take the reins and run practice as the team prepares for their high stakes rematch and Coach Traci from the YCDT Supastarz of Miami makes a surprise appearance at the competition.

Season 1 ends with the Dancing Dolls competing in a winner-take-all "Battle Royale." The dancers feel extra pressure to perform well when they learn that the judges are professional dancers and choreographers who may be looking to discover someone.

A so-called street battle between the Dancing Dolls and rival Divas of Olive Branch gets out of control when tension on the dance floor sparks a clash between dancers and spectators. Meanwhile, Camryn leads the Dancing Dolls during a parade to show Miss Dianna that she has what it takes to be captain.

It's the final competition of the majorette season, and the team wants to send the Doll seniors off with a final win before they head out on the national tour; newbies can't seem to get a complicated Barbie-inspired routine to not look plastic.

The summer season is here and things are heating up in the Dollhouse! Miss Dianna is shaking things up in the studio, throwing the team and the Dancing Doll Parents into frenzy. The Captain spot is up-for-grabs and Miss D announces that the top contenders must compete in weekly dance-offs to determine the Captain, making tensions run high. Meanwhile, Dianna's "favorite" rival coach Neva is back to compete along with a new team from the steaming South, the Xplosive Dance Company of Texas, which brings its army of dancers to battle the Dancing Dolls on the floor.

The Dancing Dolls head deep into uncharted territory when they attend a competition in Mobile, Alabama. Camryn takes the reins as Head Captain for the week and struggles as she attempts to lead stand battle for the very first time. Meanwhile, Rittany considers taking her niece to join a rival dance squad after she and Dianna clash over Crystianna cheerleading.

Coach D takes the Dancing Dolls out of their comfort zone and onto a football field for a spectacular Saturday Night Lights field show and stand battle competition. However, the girls struggle with learning their routines with a full marching band and severe weather looming, their efforts might be for nothing if the competition gets cancelled. Later, Dianna almost comes to blows when she faces her fiercest and loudest rival of the season.

Pom-poms are flying this week as Dianna coaches the girls through a Southern stand-off. New coaches stoop to all-time lows but Dianna must shake it off and stay on course for a grueling competition in three different categories. Meanwhile, we see a softer side of Miss D as she renews her wedding vows to husband, Robert.

The team travels to Nashville to battle their one of their biggest rivals, Ladies of Excellence. The moms create a plan to spy on Miss D, and plan a bake sale to fund their scheme. Kayla's decision makes Miss D and the Dolls call her leadership into question.

The competition season concludes with one final championship event. The Dancing Dolls are trying to avenge a loss to the Divas of Olive Branch at the "Battle Royale". Miss D also has a solo of her own to focus on and the Dolls prepare to face an unknown but very talented team who is in the way of their victory.

With the Summer Slam Dance Championship only week away, the girls feel extra pressure to show off their talents and prove to Miss D that they have what it takes to be captain of the team next season. Emotions are running high in the Dollhouse as Kayla and Sunjai graduate from High School. Meanwhile, the Xplosive team from Dallas is back and they're ready to prove that "bigger things come out of Texas."

The Dancing Dolls return to Memphis to avenge a loss and take on the Prancing Tigerettes. Meanwhile, Selena learns a hard lesson when she tries to bully Dianna; and Camryn gets to perform her first solo in competition.

The Dolls prepare for a special Stand Battle that includes props, but Coach D fears the routine will fail when the dancers struggle to catch on to the choreography; former DDP Rittany returns as her sister, Valisa, lashes out at Coach D's decisions.

The Dancing Dolls compete in Memphis against some of the best dance teams in the South. Rittany tires of Dianna's harsh teaching style and pulls Crystianna out of rehearsal; and a judging controversy leads to a riot.

Tensions run high as the Dancing Dolls go head-to-head with archrival, the Divas of Olive Branch, for the very first time since losing to them in last season's Battle Royale. Miss D hires male choreographers to give her girls an aggressive edge in the Hip Hop Trio category while Selena and new mom, Tawantza, bond over their shared love of "being beautiful." Then, at competition, a verbal confrontation between Miss D and the Divas' Coach Neva leads one of them to make a surprising decision!

While Coach D prepares the most heavy-hitting dancers for an elite national tour during hell week, Coach Marquell trains the new crop of Dolls for their first competition ever, alongside the B-squad, boys and babies.

The Dancing Dolls face off against fierce cross-town rival the Purple Diamonds for the very first time since a controversial competition last season. Dianna reveals a surprising secret weapon that tests the dancers like never before, and the Moms confront Miss D after a risky decision causes them to fear for the girls' safety.

Dianna announces the mothers will be a mandatory part of Stand Battle, but only those who display the best "bucking" and "booty shaking" will survive the cut; jealousy ensues after some of the parents are rejected.

New teams are traveling far and wide to take on the Dancing Dolls and Miss D is feeling the pressure. During practice, Dianna yells at the girls more than usual, forcing the DDP moms to take matters into their own hands and confront Miss D in an intervention to address her coaching style. Meanwhile, for first the first time in Dancing Dolls history, only three girls will compete in the stand battle.

The Dancing Dolls defend their title of "The Best Dance Team in Jackson" in a hometown battle against local rivals the Purple Diamonds. Meanwhile, Mimi tries to convince Dianna to let the moms back into the dance studio during rehearsal due to the cold weather; and Sunjai competes in Stand Battle for the first time.