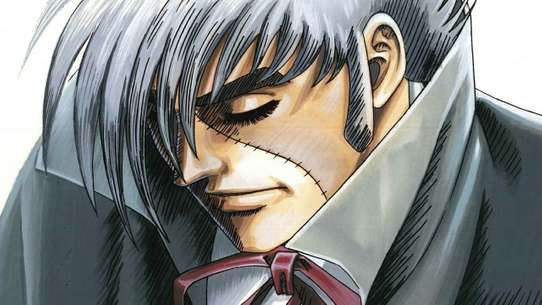 The BEST episodes of Black Jack

Every episode of Black Jack ever, ranked from best to worst by thousands of votes from fans of the show. The best episodes of Black Jack!

In the medical profession, there is a name spoken in hushed tones, of an unlicensed genius physician who can save lives - for a price. His name is Black Jack, and he is a dashing, moody figure, caped in black, a Harlock of medicine, a man who lives by no rules other than his own - and the Hippocratic Oath. A man who would defy the will of God himself in the name of preserving life.

Black Jack meets four girls in a northern town. Some months later, he chances upon one of them again and finds out that two of the original groups are dead and another has become a vegetable following an accident.

Black Jack must help save a man who is suffering from an unusual disease that causes his body to expunge all of the water out of his body.

"Crescent Disease" is caused by environmental pollution. It causes symptoms among the residents who eat fish caught in the Crescent Gulf.

#4 - Clinical Chart 3: Decoration of Maria and Her Commrades

The danger-loving doctor is recruited to treat the terminally ill leader of a faction of rebels, but transporting the renegade's sickened body proves difficult when bounty hunters give chase.

Mercenary medic Black Jack is called in to assist an anorexic actress who may not even want his help, as she has already personally consulted a physician of her own--one specializing in assisted suicide.

Black Jack has his hands full when he's called upon to aid a young man suffering from supernatural visions, phantom, self-healing bullet wounds, and a mysterious siren luring him to a place he's never been.

Mercenary medic Black Jack is called in to save a poisoned princess who preferred suicide to her loveless arranged marriage. But upon examining her, he discovers she is plagued by a malady far more mysterious than the pangs of forbidden love.

A civil war breaks out in the Middle East. Black Jack fearlessly marches into a refugee camp following his patient Karen.

A boy who is gradually turning into a plant sprouts buds from his body.

Dr. Black Jack treat a man's stomach from an odd looking tumor. Strangely, the tumor resembles the face of a human. Can Dr. Black Jack come up with a conclusion to this illness?

Black Jack's latest patient holds a link to Pinoko's past.

Black Jack is kidnapped by the government of a war-torn country.