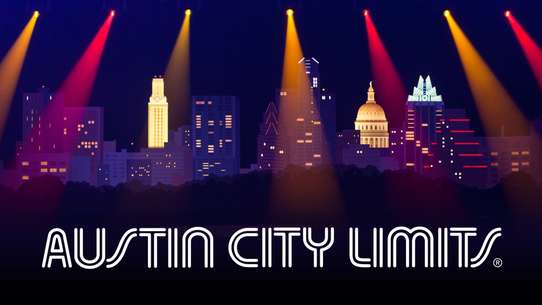 A hillbilly rebel, Dwight Yoakam has a unique Bakersfield sound. Legend Buck Owens joins with Flaco Jimenez to appear with Yoakam for "The Streets of Bakersfield." Next, Patty Loveless has the clear sure voice of her Kentucky bluegrass roots.

Hailed as “one of the most engaging American bands of the past decade” (The Phoenix) by critics and fans, Spoon returns to Austin City Limits for their third turn on the stage with a new album that “strikes a balance between its early angsty indie-rock and the soulful deconstructed pop of its 2007 release, Ga Ga Ga Ga Ga” (Billboard).

Sarah Jarosz performs selections from her 2013 "Build Me Up From Bones" album; the Milk Carton Kids perform songs from their 2013 "The Ash & Clay" CD.

#6 - The Decemberists followed by Explosions in the Sky

Progressive pop pioneers, The Decemberists, make their ACL debut. Next, Explosions in the Sky, well known for the movie scores, appears in a powerful live stage performance.

The band performs songs from its Grammy-nominated LP The King of Limbs.

One of the most popular and influential rock bands of the past two decades, Pearl Jam makes their Austin City Limits debut in celebration of their self-released new CD, Backspacer.

A thrilling hour with rock & roll legend Iggy Pop in his first-ever ACL appearance. The Detroit native blasts through classics and cuts from his latest album “Post Pop Depression,” accompanied by members of Queens of the Stone Age and Arctic Monkeys.

The Avett Brothers perform selections from their 2013 "Magpie and the Dandelion" album and Nickel Creek spotlight songs their 2014 "A Dotted Line" album.

The Black Keys feature songs from their 2014 "Turn Blue" album and J. Roddy Walston and the Business spotlight selections from their 2013 "Essential Tremors" album.

Don Henley showcases songs from his first solo album in 15 years, “Cass County” which represents both Henley’s roots and the next stop on his creative journey.

James Taylor performs some of his most beloved songs as well as selections from his 2015 album, “Before This World.”

While lead singer Matt Berninger sustains The National with his resonant baritone voice, his bandmates masterfully round out their soul-haunting sound. With their cathartic, raw and reflective new release, High Violet, “The National has graduated from being a critic's band. Now it belongs to everyone.” (Onion AV Club). Formed in 1999, the Ohio-raised, Brooklyn-based band consists of vocalist Matt Berninger fronting two pairs of brothers: Aaron (guitar, bass, piano) and Bryce Dessner (guitar), and Scott (bass, guitar) and Bryan Devendorf (drums). Their first full-length releases, including Sad Songs For Dirty Lovers, gained critical attention for “deftly balancing country, classical and cabaret” (Alternative Press). 2005’s Alligator included underground anthem “Mr. November,” and raised their profile as The National grew into an incendiary live band. 2007’s Boxer took the band to new levels and earned them spots on many Top 10 albums of the decade list. PopMatters wrote “This album, like all great albums, somehow transcends all the factors that makes it work, absorbs them in a seamless whole and breaks your heart in the process.” The National’s newest release, High Violet, reveals even deeper musical and lyrical wonders with each listen. “We started out trying to make a light and happy record, but it just didn't happen,” said Berninger. “This album is catchier and more fun than our other records, and bleaker in its ideas and themes.” “Somehow we create our own little world, and it works, even though sometimes it shouldn’t,” said Aaron Dessner (guitar, bass, piano). “The process can be difficult, but eventually something beautiful and cohesive will emerge. Making something heartfelt is our only concern.”

Modern rock giants Coldplay ring in the New Year with a 90-minute Austin City Limits New Year's Eve special highlighting their mega-hits and songs from their newest LP, "Mylo Xyloto." This historic holiday celebration captures the excitement and energy of the Grammy-winning band that has sold over 50 million records worldwide.

Jazz and pop cross on ACL with Norah Jones and Kat Edmonson. Jones sings songs from her Dangermouse-produced album Little Broken Hearts. Edmonson showcases the song stylings of her LP Way Down Low.

Enjoy the ACL debut of pop legend Cyndi Lauper with a a program of classics and country covers. Songs include “Girls Just Wanna Have Fun,” “True Colors” and “End of the World.”

Enjoy highlights from superstar rock band Foo Fighters’ 2009 and 2015 episodes of Austin City Limits. Songs include “The Pretender” and “Best of You.”

October 17, 1974, Willie Nelson recorded the original pilot episode of Austin City Limits. At the time no one could have predicted that the fledgling music show from Austin, Texas, would still be delivering great performances decades later. To commemorate the 35th anniversary of the first taping, Austin Mayor Lee Leffingwell has declared October 17 “Austin City Limits Day.” The date recognizes the show’s very first taping, which took place on October 17, 1974 and featured the iconic Willie Nelson.

The Grammy Award-winning group featuring Susan Tedeschi, Derek Trucks and an ensemble of musicians showcases their latest record “Let Me Get By.”