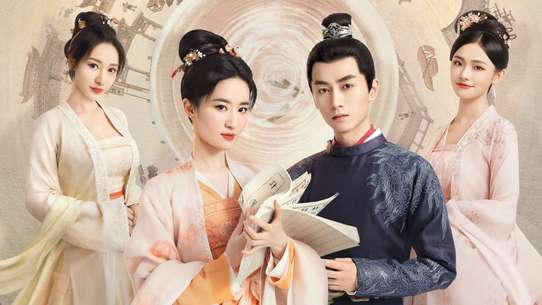 The BEST episodes of A Dream of Splendor

Zhao Pan'er, who opened a tea shop in Qiantang, Ouyang Xu went to Bianjing to rush for the exam.Finally received the news that her fiancé won Imperial examination third place in Bianjing, and he’ll wed daughter of a official.Ouyang Xu abandoned Zhao Pan'er for his career. Unwilling to accept her fate, she go to Bianjing want to justice. On the way, she met Gu Qianfan, an upright commander from Imperial City, they get involved in a big case in Jiangnan.Zhao Pan'er rescued Song Yinzhang, who was tricked into marriage and abused, and Sun Sanniang, a chef who was forced to leave home by her family, and the three sisters finally arrived in Bianjing. In order not to be driven away from Bianjing by Ouyang Xu, Zhao Pan'er, Song Yinzhang and Sun Sanniang went through a lot of hardships to develop a small teahouse into the largest restaurant in Bianjing, exposing the true face of the heartless man, and they have also opened a door of equal redemption for countless ordinary women.

Pan’er analyzed why Ouyang Xu wanted to go to Ziji, and decided not to follow Ouyang Xu’s ideas. Staying in the Eastern Capital to open a teahouse but Chen Lian advised her sisters to think twice, it’s not so easy to survive in theEastern Capital. But the three women had made up their minds, and Chen Lian was helpless, but was amazed by the delicious craftsmanship of the three sisters.

Yinzhang successfully stayed in the division and became the pipa instructor. She also meet Shen Ruzhuo, the Editorial Director, who was familiar with the Division and guide for her.

The queen was unwilling to approve to Gu Qianfan's request, Qianfan threatened with a knife, and bluntly stated that he would work for her and hope to save Pan'er.

Pan'er's behavior made the emperor quite agree. Pan'er mentioned that she was born in a poor family and wanted to succeed like a man, which made the emperor think of the queen. Pan’er finally met Gu Qianfan and told him that she had lied to the emperor, convincing him that the painting was forged by Ouyang Xu.

Pan'er asked Gu Qianfan if he had answer. Gu Qianfan told her that he fell in love with Pan'er, and he wanted to marry her.

Pan'er was not nervous when she saw the counterfeit product, and told Yinzhang that if you want to make the industry become stronger, you shouldn't be afraid of plagiarism by others.

Commander Gu Qianfan is someone everyone is scared of. One day he receives the order to investigate the missing "The Night Revels" in Qiantang County. Zhao Pan'er and Sanniang from Qiantang run a tea shop. Pan'er has been waiting for her crush Ouyang to take her to the Eastern Capital.

Gu Qianfan exposes himself to let Sanniang gets onto the boat. Magistrate Zheng orders his subordinates to send the gold to Xiuzhou himself. When Gu Qianfan is caught, he can take it back. Pan'er lies about her relationship with Qianfan to the boat owner.

Ouyang Xu tells Pan'er about his situation. Pan'er gets to know that there's no other solution. She leaves with anger. On the way back, she bumps into the Palace Guard Chi.

Lots of customers came to Pan'er's teahouse, among them Du Changfeng, Yin Zhang talked about the pipa, her delicious fruit, they suddenly felt good, Yin Zhang became famous in the capital.

Gu Qianfan told Pan'er that he wanted to marry her and handed over all his belongings to Pan'er, hoping that she would understand her sincerity. Finally, they would reconcile with each other.

Gu Qianfan confessed that his grandfather had set up a marriage for him. Later, because he entered the Division, the wife withdrew from the marriage. Pan’er comforted Qianfan and told him about the past.

Gu Qianfan met Song Yinzhang, instructed her to perform well, and then rebuked servants for her, Yinzhang was touched. Young Master Xiao was very jealous when he saw Gu Qianfan attending the banquet.

Pan'er asks Sanniang and Zhao Di to sell her hairpins and prepare to start again. Du Changfeng persuaded to keep the hairpin and took out his heirloom to help them. Yin Zhang saw Sanniang holding Pan'er's hairpin, worried that there was a problem with the teahouse they bought, and wanted to help them.

Pan'er sees Gu Qianfan forcing Mr. Yang to hand out The Night Revels. But it turns out that the one he takes out is fake. At the same time, plenty of killers come rushing into Yang's Mansion. Gu Qianfan has a severe fight with the killers and is injured.

Gu Qianfan can be released. Gu Qianfan rushea to see Pan'er, but learned that Pan'er went to Mansion to sue Ouyang Xu for repenting of the marriage, in order to dismiss the emperor' doubts about Gu Qianfan.

Ouyang Xu attempts to drag Gao Hui into the trouble, and forces her to help him meet the Gu's family. Pan'er secretly provides help to Gao Hui.

Gu Qianfan pretended to got injured but he was caught by Pan'er. Gu Qianfan explained to Pan’er that he didn’t know what happened to her because of his injury. Pan’er asked Gu Qianfan that he had ever thought of repenting of getting married with her.

Pan'er was touched when she learned that Gu Qianfan sent someone to protect her secretly, but she still couldn't figure out why Gu Qianfan did not find her, and couldn't help but miss Gu Qianfan. Three days later, the Yongan Building opened, and Pan'er decided to hold the Banquet in Yiyuan Pavilion and invited twelve special guests to join it.

Yinzhang is determined to earn money by herself, but Pan'er is disheartened and wants to go back to Qiantang. Sanniang convinces Pan'er to live for herself. The three were lack of money, but Master Chi offered to pay for them, but Paner refused.

Ding Zhongquan tortured Pan'er in prison, forcing her to frame Gu Qianfan for collaborating with the enemy and betraying the country. Yin Zhang came to the rescue at the same time, and at the critical moment Chen Lian and Gu Qianfan arrived to save Pan'er

Gu Qianfan told Chen Lian that he and Minister Xiao were not the same, and sat alone on the steps of Zhao's tea shop. Ms.Zhao made her own fruit and rewarded Mr. Chi's subordinates. Her craftsmanship amazed everyone.

Pan'er tells Gu Qianfan that she gave Mr. Yang the fake The Night Revels. Qianfan is utterly shocked. As he has no money with him, he gives Pan'er the Hetian Jade his father left him. Before parting ways, he warns Pan'er to not tell anyone that she has the real The Night Revels.

On the boat, Gu Qianfan was stabbed and seriously injured. In desperation, Xiao Qinyan slashed at Commander Cui. Gu Qianfan's boat was parked in the river so Pan'er gave first aid to him.