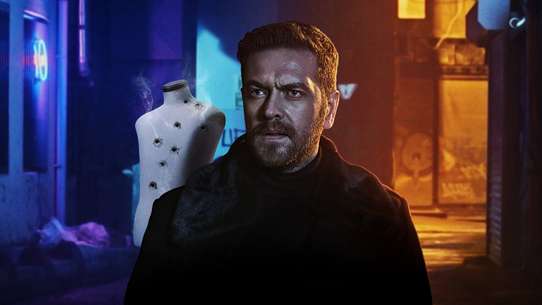 The BEST episodes of 50M²

Every episode of 50M² ever, ranked from best to worst by thousands of votes from fans of the show. The best episodes of 50M²!

After betraying his bosses, a hitman hides out in a vacant tailor shop, where he's mistaken for the late owner's son, an identity he decides to embrace.

Civan crosses paths with Servet and makes a business proposal. Yakup leads a figure from Adem's past to Gölge's doorstep.

Gölge attempts to flee the country, Servet confronts Mümtaz about the weapons and a flashback jogs Gölge's memory of a loved one's death.

Muhtar opens up his home to Gölge. Gölge offers Mümtaz a deal in exchange for protection from Servet, but his scheme backfires.

Gölge warns Muhtar about Mesut's designs on the neighborhood. A heartbroken Civan becomes caught between Mesut and Gölge.

Muhtar and Dilara face the risk of losing their pastry shop. Özlem helps Mesut cover his tracks after their plan runs amok.

While seeking answers about his parents, Gölge reveals a dark truth linked to his long-time benefactor, Servet, who employs him as his right-hand man.