The BEST Telecinco shows of all time

We've compiled the average episode rating for every Telecinco show to compile this list of best shows! 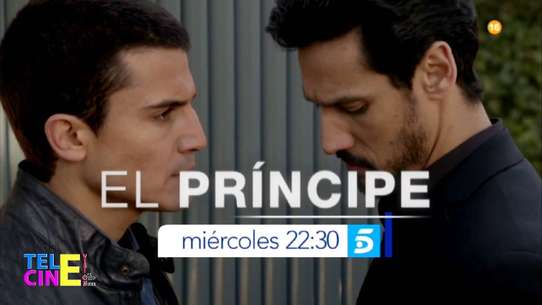 An Intelligence Agent is sent to El Principe, on the border with Morocco, to investigate a possible police collaboration with a terrorist cell but finds unexpected love in the least suitable person: a drug baron's sister. 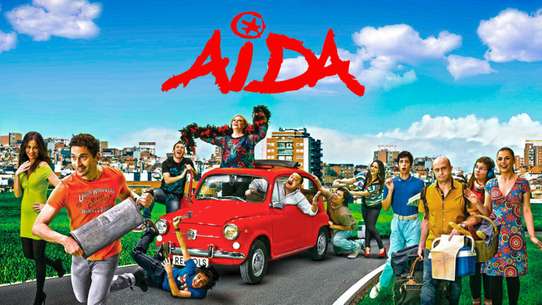 Aida, is a forty-something, separated and with three children, who moves to live there with her mother. She leaves everything to dedicate herself to her family. Her mother Eugenia, her children Jonathan and Lorena and her brother Luisma are now her main concerns, but the stories she shares with some neighbors in the neighborhood such as the grocer Chema, her best friend Paz and Mauricio, the owner of Bar Reinols, assure a good dose of laughter.

A man ends up in hospital after a car accident. He does not remember his name, but it is soon discovered he is a famous attorney. To make things worse, the police begin to suspect him of murdering his missing niece. Jose and Lucia lead a happy life together in rural Spain. He runs his trucking company, while she stays at home to look after their young son, who was born with a heart condition but is getting better following surgery. One morning, Lucia drops Jose off at the airport as he is due to leave the country on a short business trip. Some hours later, her whole world collapses when breaking news reports that his flight has crashed, leaving no survivors. And yet it soon emerges that Jose's name is not on the passenger list and in fact, he never boarded the plane at all. Though he eventually returns to her, the accident serves to highlight that Jose has some dark and dangerous secrets that he has been hiding from Lucia, and though he protests his innocence, she is determined to get to the bottom of her husband's business. 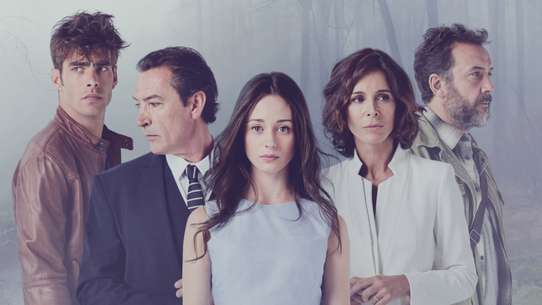 Story about the strange disappearance of a young girl, Paula García, who reappears after eight years, having aged to 17 years old. Marcos Eguía is a young policeman assigned the case to investigate the mysterious return after the appearance of Paula, when everyone thought she was dead. However, not everyone will make the girl's return simple, including Lalo Ruiz, the journalist who covered the news eight years earlier and who suspects that the family is involved in the disappearance and who also does not trust that Paula is who she says she is. In the difficult circumstances of casting light on the mysterious case, Eguía will end up falling in love with Paula, generating greater complications in the investigation. 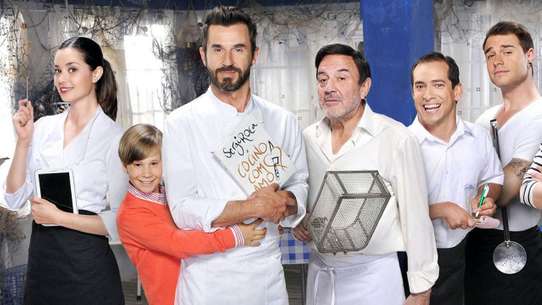 A renowned chef tries to save a dilapidated beach snack bar. 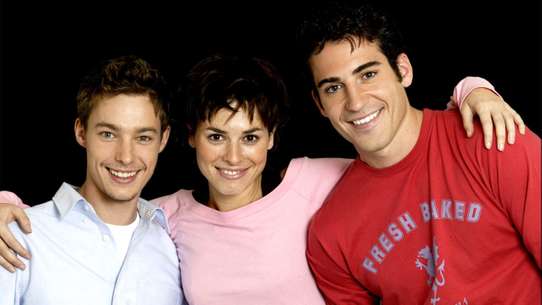 #8 - Without Tits There Is No Paradise

Catalina is a young, beautiful girl living in extreme poverty with her brother, Byron and her mother, Hilda, in Pereira, Colombia. She becomes obsessed with getting breast implants in order to escape poverty and gain social status and money. She abandons her boyfriend, Albeiro and, guided by her best friend, Yésica, a ruthless pimp who has also involved into this business Catalina's other friends, Ximena, Paola and Vanesa, aims to reach drug traffickers who pay for sexual services. Spanish sit-com where David awakes after being 18 years in a comma only to find his world completely changed. He'll have to struggle not only in his search for identity, but also with his neurotic sister Carlota, his Marxist next-door neighbor Sole and her son Paco, and David's secret love interest and distant cousin Laura. As the series evolved other characters joined the crew as some of the initial ones gradually disappeared, among the new ones were the waiter Gonzalo who eventually married Carlota, his promiscuous little sister Vero, or Sole's other son Félix Similar to American hit show “Prison Break,” “The Escape” features Anna (María Valverde) who spent five years carefully crafting an escape plan to get her husband, Daniel (Aitor Luna), out of a maximum security prison in the middle of the ocean. The first step has already been fulfilled: infiltrate the prison as an official. However, there is still much left to do. Anna knows she will face many obstacles and if the police discover her plan, it could jeopardize her own life, that of her husband, and other members of her group, The Resistance. Despite the danger, their passion to defend freedom and justice as well as the strength of their love will be the main forces that guide them in "The Escape". "The Escape" combines the action and tension of prison life with a story of love in a hostile environment shrouded in mystery. 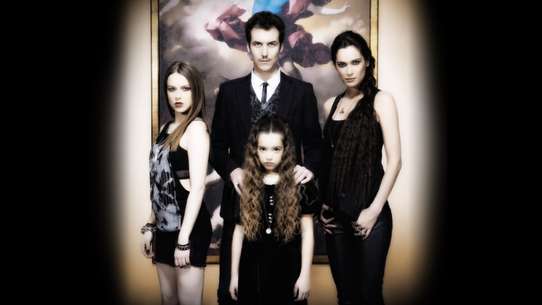 The Angels and the Fallen, the forces of good and evil, wage a constant bloody war. As supernatural beings that live among us, they are part of our daily reality and are the cause of much of what happens to us every day. 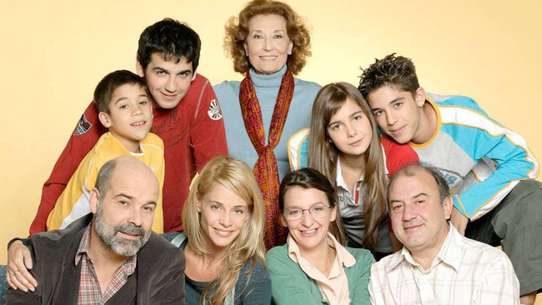 Diego Serrano, a widower and a single father of three sons, marries his first love Lucía Gomez who in turn has two daughters. The Capdevilla women move in with the Serranos, and the series follows the everyday lives of the new Serrano-Capdevilla family and their circle of friends in their homes, in the children's school and in their family-run tavern the 'Serrano Brothers'. 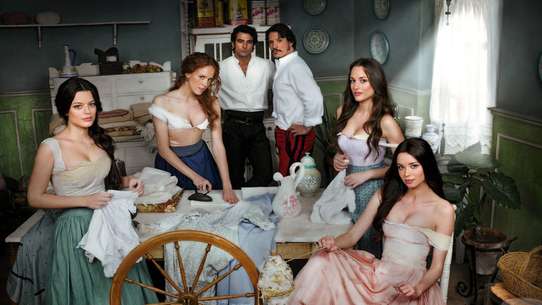 Tierra de Lobos is a western set in 19th century Spain. Translated as Land of Wolves, it's actually named after Anotonio Lobo, the wealthy landowner who controls and owns most of the land. His whole world turns upside down when two outlaws, Cesar and Roman Bravo, decide to return to their childhood home, located on his property. And the conflict intensifies between them when Cesar and Almudena, the eldest of Lobo's four beautiful daughters, end up falling in lo 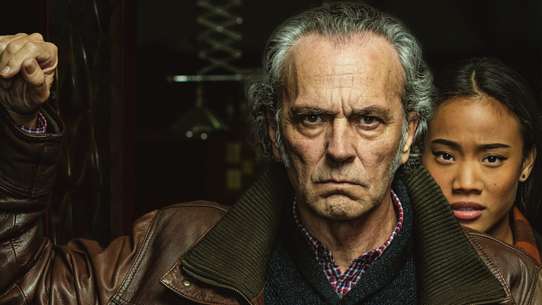 When his teenage granddaughter falls victim to the drug dealers overtaking his neighborhood, Tirso Abantos, a fed-up war veteran takes matters into his own hands. 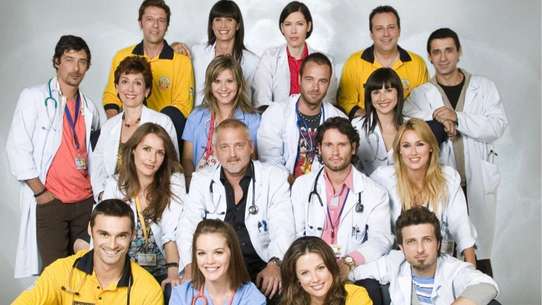 Follows the professional and personal lives of the staff of the fictitious Hospital Central in Madrid. 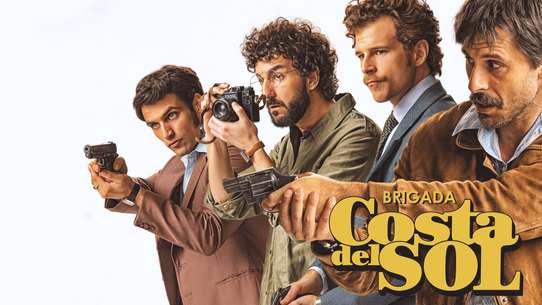 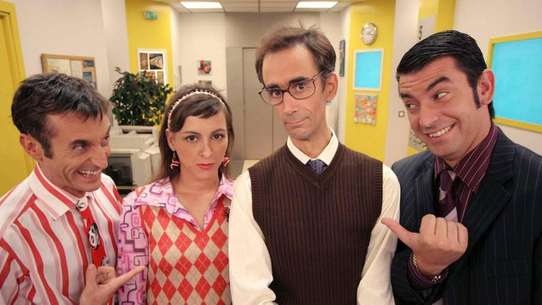