The BEST Discovery Channel (UK) shows of all time

We've compiled the average episode rating for every Discovery Channel (UK) show to compile this list of best shows! Explorer, adventurer and survival expert Ed Stafford faces a brand new challenge in "Left for Dead". Dropped in to a different remote location each episode, Ed has up to 10 days to reach a rendezvous point, meet his extraction transport and get out alive. If he doesn't make it he faces even more time in isolation, the humility of calling in team support and the embarrassment of failure! This incredible new series sees Ed battling extreme environments around the world - think subtropical forests, dry deserts and uninhabited mountains. Ed has quite literally been dropped in the wilderness with a camera and no survival kit, and has just 10 days to reach human civilisation. With nothing but his wit and will about him, he must rely solely on his survival instincts. 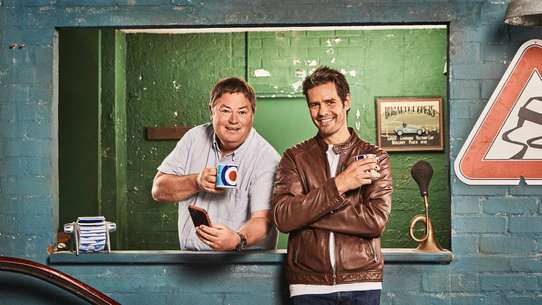 Experienced car dealer, Mike Brewer, is joined by multi-talented mechanic, Ant Anstead, in a monumental motoring mission: to find and restore iconic cars to later sell for a profit at their LA-based shop. Using highly advanced colourisation techniques, critical moments from World War II, from Stalingrad to The Battle of Britain, are shown in a whole new light. Richard Hammond is going behind-the-scenes of the largest structures and machines in the world to understand the science of ‘big’ – how engineers go about building, maintaining and using these superstructures. Each episode of Richard Hammond’s BIG! takes him to a new location and mega structure, where he meets the unsung heroes at the front line making them work and explores the science behind them with a series of experiments. Expect blood, tears and heart-in-mouth action as explorer Ed Stafford takes on the best explorers in the world in a battle across Discovery's screens in order to be the First Man Out - a show in which survival is only half the battle.