The BEST ABC (JA) shows of all time

We've compiled the average episode rating for every ABC (JA) show to compile this list of best shows! #1 - Rascal Does Not Dream of Bunny Girl Senpai

Puberty Syndrome—a rumored, mysterious syndrome that only affects those in their puberty. For example, a bunny girl suddenly appeared in front of Sakuta Azusagawa. The bunny girl's real identity is Mai Sakurajima, a teenage celebrity who is currently an inactive high school senior. For some reason, her charming figure does not reflect in the eyes of others. In the course of revealing the mystery behind this phenomenon, Sakuta begins to explore his feelings towards Mai. Set in a city where the skies and seas shine, Sakuta unfolds the meaning behind his bizarre encounters on women with the said syndrome. "S" is a dangerous, top secret, no-holds-barred downhill skateboarding race down an abandoned mine. When avid skateboarder Reki takes Langa to the mountain where "S" is held, Langa, who’s never been on a skateboard in his life, finds himself sucked into the world of "S" and...?! In the city of Ergastulum, a shady ville filled with made men and petty thieves, whores on the make and cops on the take, there are some deeds too dirty for even its jaded inhabitants to touch. Enter the "Handymen," Nic and Worick, who take care of the jobs no one else will handle. Until the day when a cop they know on the force requests their help in taking down a new gang muscling in on the territory of a top Mafia family. It seems like business (and mayhem) as usual, but the Handymen are about to find that this job is a lot more than they bargained for. 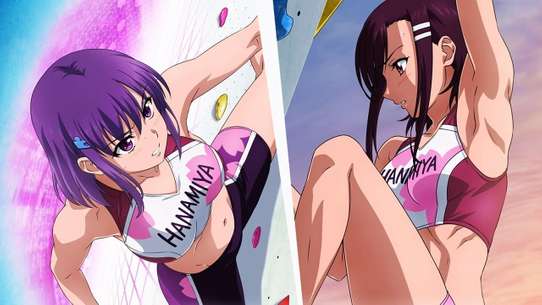 Konomi Kasahara, a junior high school girl, has made a big name after winning numerous competitive puzzle game tournaments. The story begins when she finds a sports climbing club in her high school. Using special skills other than that of puzzle games, Kasahara becomes fascinated with climbing. Banished from Heaven, Beelzebub rules over Pandemonium where former angels that turned into demons work. One day, Beelzebub gets a new attendant named Mullin. Beelzebub seems wise and cool... but she's actually a girl that loves fluffy things! Mullin is shocked at this revelation but still tries to get closer to Beelzebub every day. They are surrounded by various other unique and clumsy demons, and in this story might be about the demons giving a certain emotion a name... maybe. #6 - The Great Jahy Will Not Be Defeated!

The Great Jahy, the Dark Realm's second-in-command, cuts a frightening figure, feared and revered by all. But when a run-in with a magical girl results in the destruction of the precious mana crystal, the Dark Realm falls, transporting the newly tiny and powerless Jahy to the human world! Unfortunately, plotting the revival of the Dark Realm from a cramped, crumbling one-room apartment is no easy feat when you have rent to pay and a job to keep! 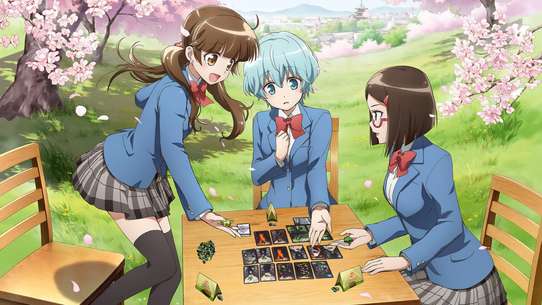 A story about girls playing board games after school! Kyoto in Spring. Aya is a high school girl who's just moved to a new town. Miki is her shy classmate, and her first friend. One day after school Aya and Miki follow the committee president Midori to a speciality board games store. The Dice Club!! Without thinking they try out a German board game together. These girls, who are searching for fun, soon fall into the exciting world of games!