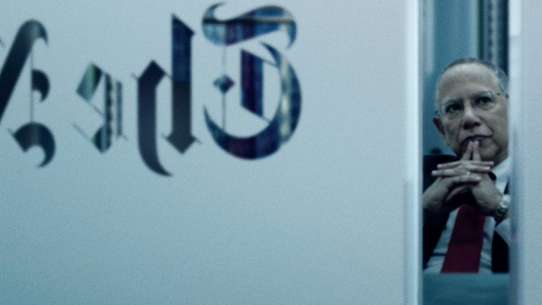 The BEST episodes of The Fourth Estate

Explore the process and progress of The New York Times and its journalists in covering the Trump administration. Through extraordinary access, on-the-scene filmmaking, and exclusive sit-down interviews, this documentary series illuminates critical issues facing journalism today – including the challenge to the bedrock concept of truth, the changing role of the media, and the Times’ response to President Trump’s war of words.

As violence erupts in Charlottesville, the president's unwillingness to denounce the racist hate groups presents a new test for journalists. Trump blames the "failing New York Times" and "crooked media" for distorting his speech and further deepening the country's divisions. Meanwhile, Steve Bannon exits the White House and a Times reporter questions where his populist revolution is headed now, as the paper deals with reining in its own reporters on Twitter.

The New York Times reporters learn that the President's former national security adviser, Michael T. Flynn, has pled guilty to lying to the FBI, bringing the Russia investigation closer to Trump's inner circle. As the paper leads the reporting on workplace sexual harassment, allegations of past misconduct by one reporter in the bureau bring the story home. And for all the attacks on the free press over the course of Trump's first year in office, the paper is rewarded for what it does best: good reporting.

Shortly after FBI director James Comey is fired, The Times is on to a huge scoop with ongoing reverberations regarding Comey's memos about his meetings with President Trump. Things are made more dire when The Times reveals details of a secret meeting between members of the Trump campaign and a Russian lawyer with ties to the Kremlin. But even as The Times drives this shocking flow of new information, it continues to squarely address its own inner challenges.

As Donald Trump takes the oath of office, The New York Times' New York and Washington bureaus prepare to cover an administration unlike any other. The role that Russia played in the 2016 election quickly emerges as a storyline that will continue to unfold. In this fiercely competitive environment, The Times and The Washington Post vie for scoops while overtaxed journalists work to develop sources inside a volatile administration.