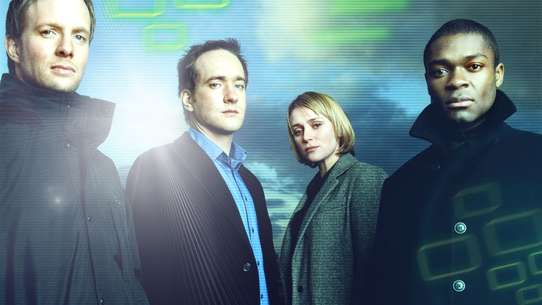 The BEST seasons of Spooks

Every season of Spooks ever, ranked from best to worst by thousands of votes from fans of the show. The best seasons of Spooks!

Tense drama series about the different challenges faced by the British Security Service as they work against the clock to safeguard the nation. The title is a popular colloquialism for spies, and the series follows the work of a group of MI5 officers based at the service's Thames House headquarters, in a highly secure suite of offices known as The Grid.

It is all change in the clandestine world of MI5 when new agent, Adam Carter, joins the team. Tom has been branded a traitor and has disappeared, while Harry is in hospital, seriously wounded, and there is dissension in the ranks. Danny and Zoe seek to clear Tom's name despite the fact he appears guilty and may even be dead. Will Tom, missing since shooting Harry, re-emerge to prove himself an innocent victim of a set-up? And will former MI6 agent Adam Carter, the new edition to the team, provide the drive and enthusiasm so apparently missing? If his track record and the reputation that precedes him are anything to go by, there are going to be plenty of fireworks.

The group are still reeling after the shocking events at the end of the last series. Now rising star Zafar joins the team as they set out to become even stronger in their battle to safeguard the nation. When London comes under terrorist attack Adam is forced to make an impossible decision, Harry must deal with blackmail threats from an old flame, and Fiona faces her own demons when she goes undercover in Syria.

The eighth action-packed series finds the team in a race against time to rescue Harry, who has been kidnapped by rogue Russian agents. But as they dig deeper into his disappearance, they find a trail that leads to Iraq, and a conspiracy that involves the CIA, MI6 and some missing weapons-grade uranium. Could Harry know where it is? And how is former team member Ruth Evershed, recently returned to the security of MI5 having fled her new life in Cyprus, connected to it all?

Adam and Ros recover to find London facing an even greater threat. While attempting to thwart an attack that could jeopardise a historic peace accord between Britain and Iran, the team unwittingly unleash a deadly killer. But with a virus that mimics the pneumonic plague, there can be no negotiation. And when Zaf is kidnapped by armed mercenaries, the team realises that in a game of the highest stakes they hold none of the cards. As the stuff of nightmares becomes increasingly real, London faces total devastation.

It’s a new world for the Spooks team: Ros’s death and a new coalition parliament herald in an era of re-assessment of the role of Britain, MI5 and even the life of a Spook. Faced with Ros’s barely attended funeral, the team come to question what a person sacrifices when they become a spy, provoking Harry to make an unexpected offer to another member of the Team. Further challenges await Harry in the form of the new Government and colourful new Home Secretary, William Towers. Working for a government doing whatever it takes to stop the country from sinking into historic economic disaster in their first year in office, Harry’s instincts are challenged as he is forced to bend to the will of those more powerful. There are some new faces on the Grid. Beth Bailey – an ex-mercenary who wants to hang up her boots in Iraq and find a more meaningful existence, defending the realm. Desperate to impress, she leaves some vital details about her past off her application form. Then there’s Dimitri Levendis: ex-SBS (Special Boat Service) who proves how capable and heroic he is in an impossible situation.

In the tenth and final series, secrets tumble out when former foes of Harry Pearce during the Cold War fly into London to negotiate a partnership between Russia and the UK.

The second series gets off to an explosive start, picking up at the exact moment the first one finished. MI5 agent Tom's girlfriend Ellie and her young daughter are trapped inside a securely sealed house in which a bomb is about to explode, and there's no way out. There's also organised crime, terrorist activities, embassy sieges, weapons proliferation, subversives, anarchists and drug traffickers, not to mention the conflicts and power struggles the elite team has to deal with back in the office.

Series seven sees officer Lucas North joining MI5. Having spent the past eight years in a Russian prison, Lucas North is welcomed back by MI5 supremo and old friend Harry Pearce, who was instrumental in finally securing his release.

Defending their country, deceiving their friends - it's all in a day's work for the agents at MI5, the Security Service. The elite team tackle organised crime, espionage and terrorist activities, as well as the conflicts and power struggles back in the office. There's a car bomb in Liverpool, a siege in the Turkish embassy and the murder of a double agent, not to mention the difficulty of having to lie to loved ones about who you are and what you do.

Series 5 begins with Britain left reeling after a series of terrorist attacks. Our team believe the attacks cloak a conspiracy to destroy democracy and turn Britain into a 'police state'. Can the team protect the democratic way of life? Zafar goes undercover and infiltrates a home-grown Islamic terror group who are planning a massive attack against London. There could also be serious repercussions for Ruth when she finds out the deaths of seven terrorist suspects in a prison fire were in fact staged by British military intelligence.