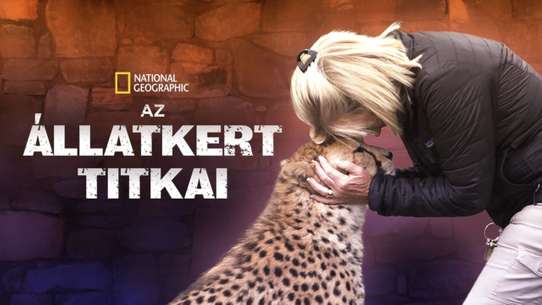 The BEST episodes of Secrets of the Zoo

With more than 10,000 animals in their care and over 2.4 million guests welcomed a year, the Columbus Zoo and Aquarium and The Wilds have many compelling stories to tell. Over the course of the last year, the Columbus Zoo and Aquarium staff and documentarians at Nat Geo WILD have been working together to share a glimpse into the incredible bonds between caretakers and animals at the Zoo.Secrets of the Zoo also focuses on the Columbus Zoo’s incredible conservation work, including an in-depth look at The Wilds, one of the largest conservation centers in North America at 10,000 acres, and home to rare and endangered animals from around the world.

An abscessed tooth turns nasty for an aging sheep, Lulu the giraffe has her baby, and a dangerously skinny skink confounds the vet staff!

A naughty red panda mom makes a play for attention, a moose with a nasty cough, and a cherished cheetah beats the odds and hits a milestone!

Some of the most deadly patients at the zoo: a 200 lb. python with killer back pain, a girl-shy male lion, and a bear with a gnarly cough.

#6 - Dancing with the Devils

Iconic Australian animals make an entrance, a rare mountain goat birth is recorded, and a near extinct species of deer take keepers for a swim.

Staff members have their hands full with an adorable koala that’s losing weight, and a routine exam on a beloved lemur takes an unexpected turn.

It’s a roller coaster ride at the zoo. A beloved flamingo fights for his life, a cheetah gets a critical biopsy, and the keepers scramble to keep up.

An ornery ostrich refuses to get its shots; a pregnant rhino prepares to give birth; a beloved nanny goat fights for its life.

Heidi Rose, a sloth bear brought in from Europe, shows signs of a limp, but Priya and the team discover her lungs are in even worse condition. Girl, the alligator, breaks out of her restraints during her annual exam. Gouda the loris is pregnant, so now it's up to her keepers to pick the perfect "cheesy" baby name. At the Wilds, the team races to cool down an African painted dog who overheats during a lengthy procedure.

Rory the duck, Krypto the Onager, and Unga the Bonobo are given a whole new lease on life, and Zucchini the Beaver has a gigantic tooth problem.

A litter of orphaned wild dogs seeks acceptance from the pack leader. Meanwhile, an endangered chuckwalla beats the odds, and a 44-year-old orangutan has a birthday bash.

Tiger cubs take on new turf; an orphaned baby Manatee is rescued from the wild; and a male Oryx makes his move on a herd of females.

Everyone at the zoo is waiting for the birth of Zuri's baby, which will be the first giraffe birth at the Columbus Zoo in more than twenty years. But Zuri isn't the only resident in need of the zoo's attention, there are horses that need pedicures and a bunch of penguins who need to get their annual exams, if the keepers can catch them!

The keepers make their morning breakfast rounds at the Heart of Africa exhibit, a young bull elephant has a play date while his expectant mother gets an ultrasound, a rare okapi gets a checkup, a cougar has a concerning abscess and it's a winter herd roundup at The Wilds.

The team teaches baby otters to swim before they make their television debut. A cougar’s future gets brighter with some expert eye care.

This week: a deep dive into a rhino’s mouth, a group reindeer pedicure, a saucy monkey, a cuddly koala, and an afternoon stroll with a vulture.

The staff at the Columbus Zoo can hardly contain themselves as they prepare to make a home for an orphaned baby gorilla. A longtime resident at the zoo named Annyeung has lost his voice and out at The Wilds, a pregnant giraffe named Lulu keeps the keepers on the edge of their seats as they anxiously await the birth of their newest member.

Babies at the zoo! Meet adorable bouncy baby goats, a trio of fluffy flamingo chicks, a sweet baby gazelle, and a feisty eland calf at the Wilds.

Two of the zoo's cats receive some high-tech assistance in the baby-making department; Rinzen the red panda and Eebi the mandrill come out on top.

The zoo’s penguin colony gets annual exams, and the staff holds its collective breath as a rare pangolin pregnancy unfolds at the Columbus Zoo.

An Asian takin calf hangs on for dear life, and a very grumpy tiger arrives at the Columbus Zoo. The zoo makes history by incubating rare turtle eggs.

The zoo's beloved sloth finds its mate; an armadillo get its groove back; and a behind-the-scenes look at how the zookeepers wrangle a herd of rare donkeys into the barn for its annual check-up.

A Guy And A Girl