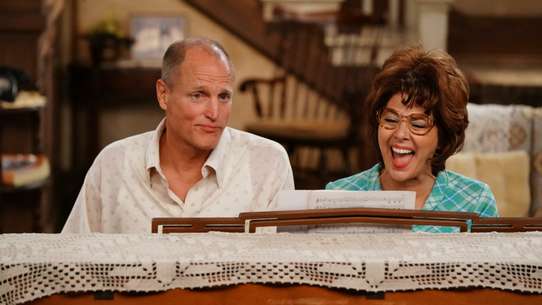 The BEST episodes of Live in Front of a Studio Audience

ABC's late-night host Jimmy Kimmel presents a live, 90-minute prime-time event in tribute to classic television sitcoms. Live in Front of a Studio Audience: Norman Lear's 'All in the Family' and 'The Jeffersons' teams Kimmel with television icon Norman Lear and executive producers Brent Miller, Will Ferrell, Adam McKay and Justin Theroux. This special takes viewers down memory lane, recreating an original episode from each of the Emmy® Award-winning series All in the Family and The Jeffersons. This legendary night of television is hosted by Lear and Kimmel, and directed by 10-time Emmy winner James Burrows.

Celebrities re-create an original episode each from the two classic series.