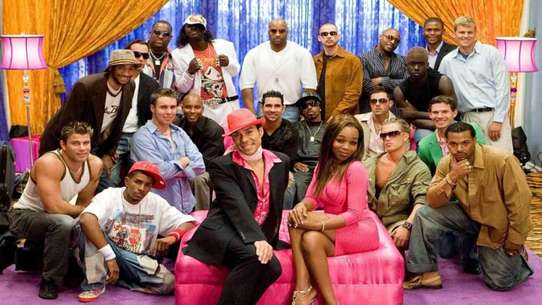 The BEST episodes of I Love New York

Tiffany Patterson, a.k.a. arch nemesis "New York" from VH1's "Flavor of Love," won't let the fact that Flava Flav rejected her (twice!) stand in the way of true happiness. VH1 has given the gal her own show, in which 20 "hunky" men will vie for her affections. Along the way, she'll be counseled by her infamous mother, Sister Patterson, and consoled by a puppy named Her Majesty. Each of the contestants will be nicknamed by New York -- just like Flava did on his show -- with colorful monikers like "12 Pack," "Pootie" and "Mr. Boston."

New York takes the final two contestants to Jamaica. There the men fight for New York's heart one more time. Sister Patterson then surprises everyone to help New York pick the right love.

It is the first ever I Love New York Reunion Show. All the guys are back, except the ones in jail, recovery, or therapy. New York and Sister Patterson will face the boys they dissed and the guys will square off and settle old feuds.

In a recap of the whole Season 2 of "I Love New York", deleted, extended and unseen scenes are all shown in this special episode before the real finale is shown.