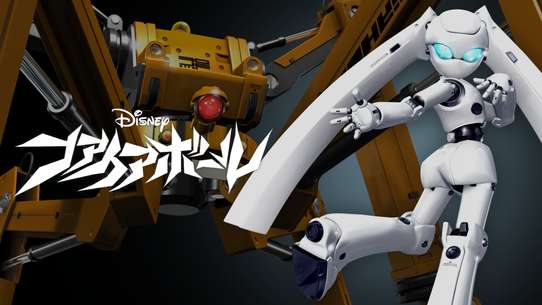 The BEST episodes of Fireball

Every episode of Fireball ever, ranked from best to worst by thousands of votes from fans of the show. The best episodes of Fireball!

Fireball is a series of CGI anime shorts created by Toei Animation in conjunction with Disney. The show takes place in the distant future of the 49th millennium, and revolves around the happenings inside a giant manor (named 'Tempest Tower') inhabited by two robots; the gynoid duchess Drossel von Flügel (full name and title: the 19th Lord of Uranos' Kingdom's Tempest Domain, Drossel Juno Vierzehntens Heizregister Fürstin von Flügel) and her massive cyclopian servant, Gedächtnis. The episodes are usually nonsensical in nature, normally showing the two characters making idle conversation in the midst of a war with humanity.

Drossel demands of Gedächtnis that he show her images of dolphins.

#6 - The Place Where Dreams Are Born

Gedächtnis has both good news and bad news.

The monkey-robot's antics cause problems of a decidedly ocular nature.

Gedächtnis has more technical problems - this time with his brain.

A rainstorm brings to light Tempest Tower's lack of resources.

Drossel considers peace-talks with the humans.

Drossel is having trouble getting comfortable.

Drossel wants to know if the Tower has received any letters.

Gedächtnis is having some trouble with his eye.