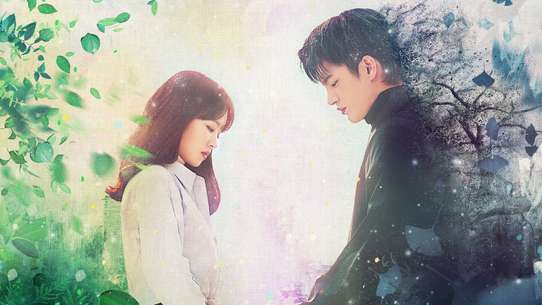 The BEST episodes of Doom at Your Service

Dong-kyung has been working hard ever since her parents passed away. Her life seems to get stable after working as an web novel editor for 6 years, but one day she gets diagnosed with a brain cancer. She blames her unlucky life and wishes to curse everything to disappear, which unintentionally calls Myul-Mang, a messenger between humans and gods, to appear. He says that he can grant her wishes. As her last hope, she makes a contract with Myul-Mang for hundred days to live as how she wants, risking her everything.

Myul Mang comes back as a mortal being, human, to live and grow old with Dong Kyung. Dong Kyung continues to write her own novel about her and Human. With Ji Na and Joo Ik, Dong Kyung and Human meet the people close to them and feel grateful for everything, every day.

Watching Dong Kyung risk her life to save him makes Myul Mang wonder about the reason behind her recklessness. On the other hand, Dong Kyung emphasizes that there is nothing to be explained and that her intention was just pure and undesigned. Myul Mang then starts to follow around Dong Kyung as suggested in hopes to understand humans.

Confused and bewildered, Dong Kyung tries to find ways to deal with Myul Mang’s confession. While doing so, she even takes extra measures to ensure that the weird feeling that she’s getting is under her control. Meanwhile, Ji Na starts her personal session with Joo Ik before she steps out for the school reunion.

Dong Kyung’s plan is to love Myul Mang to the point he would disappear. Listening to her ridiculous words of determination, Myul Mang can’t help but feel bad for her pettiness. Dong Kyung wrestles with various ways to feel love toward him, and eventually, Myul Mang is triggered by an unexpected turn of events.

Miraculously enough, Dong Kyung and Myul Mang recognize each other. However, it wasn’t long before fate knocked on their door, saying that it’s time for them to go. It’s impossible for Dong Kyung to accept the reality, but Myul Mang convinces her that everything happens for a reason. Meanwhile, Hyun Kyu informs Joo Ik of his decision to pave his own path.

After a heartrending kiss with Dong Kyung in pouring rain, Myul Mang decides to disappear from her life. Then the reality hits him hard, letting him know the very purpose of his existence. With Myul Mang out of her life, Dong Kyung collapses both physically and emotionally. Meanwhile, those around Dong Kyung come to know about what she has been going through recently.

Myul Mang promises to stop Dong Kyung’s pain. In return, he asks her to make a wish that the world would come to an end. If she doesn’t keep the promise, the person whom she loves the most will die in her place. Dong Kyung slowly starts to prepare for her death.

Dong Kyung and Myul Mang spend a great but wistful time together on Jeju Island. While doing so, Myul Mang surprises her with a special reunion. Meanwhile, Ji Na finally begins to write her new series with a new male protagonist. Days later, Soo Ja visits a hospital for a new drug for patients like Dong Kyung, but she gets informed that no such thing is undergoing a trial.

Myul Mang eventually shows himself to Dong Kyung and lets her feel reassured for at least a moment. This time, Dong Kyung disappears into thin air, and when she does, all traces of her from the world tag along with her. Meanwhile, Joo Ik finds himself at Ji Na’s place as his feelings for her grow stronger. And just when he’s about to speak freely about it, someone knocks on Ji Na’s door.

#10 - Living Together With Myul Mang

Dong Kyung somehow ends up living with Myul Mang. Although she is well aware of her nearing death, she takes the trouble to continue with her daily routine. Meanwhile, a girl roams around Dong Kyung with intentions to interfere with Myul Mang’s plans.

Myul Mang is almost certain that Dong Kyung is a complete stranger to him. However, he can’t seem to get rid of this weird feeling toward her. Eventually, he decides to hover around her, hoping that he remembers something. At the same time, Dong Kyung also gets the feeling of deja vu whenever she’s around Myul Mang. Meanwhile, Ji Na and Hyun Kyu sit face to face on their second date.

Dong Kyung gets an MRI scan and hears that she’ll be dying in three months. While looking at the shooting stars she wishes that the world would come to an end.

After Myul Mang goes away, Dong Kyung goes on living her life, feeling grateful for it with the people she loves, waiting for him to come back. When she goes to his house, she sees something that he had left behind. Meanwhile, Ji Na can’t bring herself to call Joo Ik.

No traces or memories were left behind between the two, and just like that, Myul Mang and Dong Kyung become strangers. Dong Kyung as a terminally ill patient waiting for her last day runs into Myul Mang at the hospital. Of course, both treat each other as nothing but a stranger. Meanwhile, Ji Na goes out on one of the three dates she requested with Hyun Kyu.

When Soo Ja, who’s supposed to be in Canada, suddenly shows up in front of Dong Kyung with an angry face, Dong Kyung realizes that she has figured out about her condition. Now that Soo Ja is with Dong Kyung, Myul Mang steps out of the house for the time being and this leads him and Dong Kyung to actually go out on a date. Meanwhile, Hyun Kyu stumbles upon Ji Na’s message on Joo Ik’s phone and feels that there is something weird going on between the two.

Dong Kyung’s unexpected answer to Myul Mang’s question makes him speechless, and at the same time, Myul Mang senses something precarious about her. Meanwhile, Joo Ik sits down with Ji Na to tell her what should’ve been told years ago. When Ji Na questions his intention for a belated confession, Joo Ik doesn’t hesitate to answer.