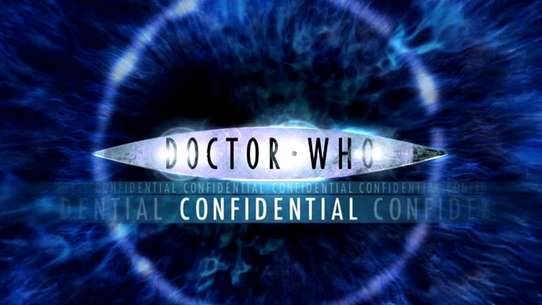 The BEST episodes of Doctor Who Confidential

Specially filmed for BBC Three as a companion piece to Doctor Who, Doctor Who Confidential aims to give a taste of the excitement and the energy that surrounds the show. The programme includes behind-the-scenes filming and interviews with the cast, writers and production team as they bring our favourite Time Lord back to our screens. An abbreviated 15-minute version, concentrating on the production of the new series and without reference to the original show, is also broadcast on BBC Three as Doctor Who Confidential Cutdown.

#1 - Behind the Scenes of The Name of the Doctor

#3 - Behind the Scenes of Nightmare in Silver

#6 - Behind the Scenes of Hide

Confidential takes a closer look at the earth-shattering action of the series finale, helping viewers to make sense of the epic series of events that unfold. And in an exciting departure, Matt Smith and Karen Gillan take a bite out of the Big Apple to help launch the new series in the USA. Featuring interviews with Matt and Karen.

Actress Alex Kingston provides an explanation of River Song's complex timeline with the Doctor, and The Script to Screen contest draws to a close with Death Is the Only Answer, a three-minute episode written by the pupils of Oakley Junior School in Basingstoke, Hampshire, in which the Doctor make use of a little-known Time Lord weapon before helping a fellow time-traveller find his way home.

Acclaimed fantasy author Neil Gaiman takes us on a personal tour of the Doctor's magical machine, and Confidential goes behind the scenes to find out what life is like on a junkyard planet.

The making of the penultimate episode of the new series of Doctor Who, with its reality and game shows gone mad, a look at fandom and conventions, as well as the role of the programme in British popular culture, in this episode of Confidential.

The long-awaited return of The Doctor's most famous enemy brings a look at the making of this important sixth episode of Doctor Who, Dalek, and some impressions of them from interviews.

Confidential is out and about with Karen Gillan (Amy Pond) and Arthur Darvill (Rory Williams). Can Karen get up to 100mph around one of the UK's fastest racetracks and can Arthur rise to the challenge of swimming in a tank of sharks? The team are also on set at Wales Millennium Centre to fend off some brutal new enemies and viewers get to experience a 'Day in the Life' of the camera department. Also featured is another Script to Screen, as our storyboard artist brings the story to life. Featuring interviews with Matt Smith, Karen Gillan, Arthur Darvill and Steven Moffat.

The Confidential cameras follow the Doctor Who team as they travel the length and breadth of the UK to launch the new series, getting up close and personal with Matt Smith and Karen Gillan as they journey from Belfast to London, taking in emotional whistle-stop visits to their home towns along the way. There's exclusive access and personal insights from everyone involved with this unique tour. Digging deeper into the making of episode 9, there's a look at the creation of the stunning underground city and the lowdown on what it took to create the earth-shattering climax to this epic adventure.

Confidential hangs out with the stars in the 'Tent of Fun' and takes a look at how filming with doppelgangers can mean double the trouble. We discover whether playing The Doctor has given Matt Smith an insight into another world, while writer Matthew Graham takes a journey of discovery and sees one of his most powerful new characters coming to life. Featuring interviews with Matt Smith, Karen Gillan, Arthur Darvill and Sarah Smart.

Evil geniuses and sudden death – the vital ingredients of Doctor Who.

Confidential goes behind the scenes for the epic series finale set on the asteroid, Demons Run. We discover how the Doctor Who team create the newest baddies, turn a small platoon of clerics into an army and transform an alley in Cardiff into Jack the Ripper's London. Features a day in the life of a Doctor Who enemy and in-depth interviews with Karen Gillan, Arthur Darvill, Alex Kingston, Frances Barber and lead writer Steven Moffat.

Doctor Who Confidential takes you behind the scenes of one the creepiest episodes of the series yet! As well as exclusive backstage footage, the show also reveals how the sound team put together the complicated soundscape of the hit show.

#21 - Behind the Scenes of The Rings of Akhaten

Behind the scenes of "The Girl in the Fireplace". This episode looks at the production process that turns an initial script into a completed episode of Doctor Who.

Alex Kingston, who plays River Song, talks about the highs and lows of being suspended on wires, and there's a look back with cast and crew at the Doctor and River Song's relationship so far. The Weeping Angels get a makeover for their long-awaited comeback and Matt Smith is photographed, scanned and 'rotoscoped' for the new online Doctor Who Adventure Games. Narrated by Alex Price and featuring interviews with Matt Smith and Karen Gillan.

Behind the scenes of "Evolution of the Daleks (2)". Behind-the-scenes look at the making of Doctor Who. There's a trip to to Manhattan to find out how to recreate 1930s New York in the heart of south Wales. The producer and director of episodes four and five visit the New York locations they plan to reproduce and the visual effects supervisor shows what they need to make Manhattan in Cardiff.