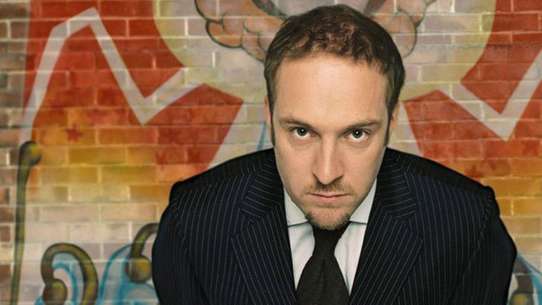 The BEST episodes of Derren Brown: Trick of the Mind

Derren Brown is a unique force in the world of illusion - he can seemingly predict and control human behaviour. He doesn't claim to be a mind-reader, instead he describes his craft as a mixture of magic, suggestion, psychology, misdirection and showmanship. Whatever you choose to call it, his unparalleled performances amaze and unsettle all those who watch him. This is a powerful and provocative form of entertainment, unlikely to be imitated for a long while.

Derren shows some card tricks to a cardmaker. He also identifies the owner of a cell phone by the ringtone.

Derren uses a voodoo doll to restrict a woman's movements and makes a primary teacher transmit her thoughts to her pupils.

Leaving wallet ringed with yellow circle containg cash on Regent Street. Identifying three pieces of music conducted, without any orchestra, by Robin Stapleton selected from list of Derren's CD collection. Invisible Man hypnosis routine with film student. Street Work: Member of the crowd mindreading the address of another bystander after a little instruction from Derren. Orchestra playing a piece (after having started randomly) which was chosen by the conductor and only transmitted to them by his "mental conducting."

Derren uses his fingers to see. He also gives Simon Pegg the present he always wanted.

Derren steals wallets without stealing them.

On the Street: Derren could read how many fingers someone was holding up (behind their back and then in their pockets). Then he made them read how many fingers he held up. Martin Kemp: Derren guessed what object Martin was going to choose from 150 objects, before he had chosen it. Penalty Shoot-Out: Derren predicts, split-seconds before the penalty is taken, where a mid-fielder is going to kick the ball into the goal, five times. He gets it right every time. Memory: Derren draws a building almost perfectly from memory, but it turns out to be a mirror image. Penalty Light Test: A goalie guesses every time which button the mid-fielder presses, as they turn on the same lights at the same time.

Street Work: Member of the crowd mindreading the name of another bystander's pet after a little instruction from Derren. Undertaker sorting a pile of photographs. Based on the photographs' subjects, Derren reveals that he had unwittingly sorted them into people that were dead, and those that were alive. Derren decribes the process as having been "out of this world." Michel Roux, Jr cooks a meal which reminds him of a specific occasion, Derren then describes the scene he has pictured and gives the breeds and names of the two dogs in the memory. A butcher, baker and candlestick maker arrange furniture in a room and then select a toy each. Derren then shows them a room in a dolls' house laid out in the same way with their three figures holding the chosen toys.

Derren shows of a quick counting technique and puts someone in a very realistic zombie game.

Street Work: Repeatedly identifying the finger thought of by a member of the public, having the subject tell how many fingers Derren is holding up out of sight. Predicting words given by a psychologist during a word dissociation game. Final prediction of a free choice word. Derren stopping woman walking across a room by clenching his fist out of her sight. Woman stopping pedestrian walking past the window by clenching her fist. Derren correctly predicting 'secret' drawing from a dissociated drawing (like the word dissociation game) drawn by the psychologist. Derren predicting item to be selected from a supermarket by a supermarket designer with a label on his back. The route around the supermaket had also been predicted on an envelope sent earlier in the week.

Derren visits the Valley of Fire, Nevada, where he makes the sun disappear and then shows viewers how he did it. He conducts the same experiment on a group of people in Hollywood, Barcelona and London, and Matt Lucas is dumbfounded by a card trick.

Derren tries to manipulate the thoughts of athlete Kelly Holmes at a north London running track - with fascinating results. He also attempts to implant notions into the dreams of a sleeping student.

Derren uses his powers of misdirection and illusion to win a blindfolded noughts and crosses game in London, and finds water divining in the Nevada desert is thirsty work. A group of strangers invited onto the show find they all have something in common.

Derren sets out to get two people communicating with each other despite speaking different languages and performs a routine spanning the canals of Venice. He also invites Robbie Williams to a remote location in the East End for a spot of body piercing.

Derren travels to Vienna, where he performs a perplexing effect on the giant Ferris wheel featured in Orson Welles' The Third Man. He also manipulates a cinema audience to forget a film they have just watched, while Stephen Merchant takes part in a game of fifty-fifty chance.

Derren performs an old séance trick for Meera Syal, makes an amputee feel sensation in their missing limb and demonstrates a memory feat in Monaco.

Derren makes people drunk without the use of alcohol nor drugs. He also impersonates "The Brown Raja who sees all" at a fair.

Derren makes a taxi driver forget about an obvious destination. He also plays chess against nine of the U.K.'s top chess players.