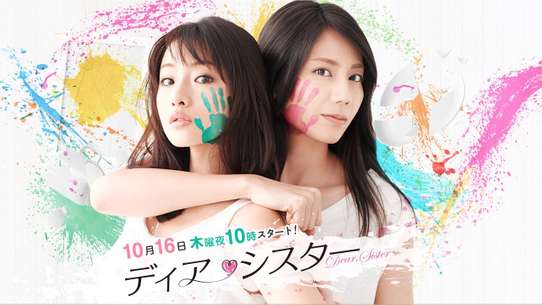 The BEST episodes of Dear Sister

Every episode of Dear Sister ever, ranked from best to worst by thousands of votes from fans of the show. The best episodes of Dear Sister!

Misaki and Hazuki are sisters. When they were younger, Misaki did not study well, but she had a charming personality which endeared her to others. Older sister Hazuki was meticulous, but she wasn't very good socially. Hazuki was also jealous of her younger sister, believing her mother only loved Misaki. After graduating from high school, Misaki left home and the family has not heard from her since. Hazuki is now 29-years-old and works at a local government office. Her boyfriend works in the same office and they hope to marry soon. Suddenly, Misaki, who is now 27-years-old, appears in front of Hazuki and they begin to live together. Misaki has a secret that she can't tell anyone.

#4 - The Most Loved Little Sister and the Most Clumsy Sister

#7 - Return on the Morning For the First Time