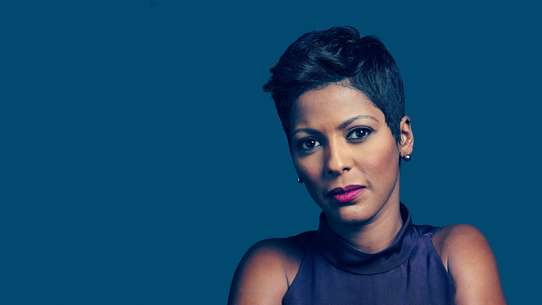 The WORST episodes of Deadline: Crime with Tamron Hall

MSNBC Host and NBC News Correspondent/Anchor Tamron Hall joins Investigation Discovery as host of an all-new, fast-paced, weekly investigative news program, DEADLINE: CRIME WITH TAMRON HALL. A respected anchor and investigative journalist, Hall knows first-hand the effect of violent crime, as her older sister was a murder victim in a case that is still officially unsolved. In each one-hour episode, Hall is joined by a core team of correspondents with extensive knowledge of law enforcement, to go beyond the headlines and explore not only what happened, but why it happened.

A prominent psychiatrist and his adult son are killed execution style. When police can't find a suspect, the case goes cold. But when an attempted armored car robbery provides an odd link to the double homicide months later, a motive is revealed.

Investigating the death of a 91 year old socialite.

After a young mother is murdered inside her home, an early arrest and a surprising confession point to a dark conspiracy, leading investigators to someone many townspeople thought they knew.

A young mother is attacked in her home and police believe it to be a hate crime.

In Phoenix, a wave of late night sexual assaults appear to be the work of a serial rapist, who targets women in their own homes while they sleep.

The investigation into a mysterious death on a Marine base leads to a violent sexual predator.

A German national comes to the U.S., adopts the manners of the super wealthy, and passes himself off as a Rockefeller. And, when a rape victim's eyewitness testimony helps put an innocent man in prison, he works to expose the real rapist from behind bars.

When John and Susan Sutton are shot in their Florida home, Susan is killed, and John survives, but he is blinded for life. Could this be the work of one of John's high-end legal clients? As information surfaces investigators start looking closer to home.

A woman vanishes while driving on I-95 in Florida; her divorce leads police one way, then her body is found, suggesting a different more horrible path; another woman reads about the case and has a hunch she knows the killer.

Two teenage girls fall for men who seem to care about them, then they're lured into human trafficking and coerced into prostitution.

A talented graduate student is nursing a broken heart, when she's swept off her feet by someone new. But as their relationship progresses, revelations make it clear nothing is quite what it appears to be.

As the cases of a missing cheerleader and a roadside fire converge, police juggle numerous suspects and motives, then a cryptic surveillance video brings the investigation to a shocking conclusion.

Margaret Purk is just days away from having her first baby when she is found dead from an apparent suicide; 24 years later, new clues lead investigators to re-open the case.

A young mother from Austin, Texas suddenly drops out of contact. Police believe she may be taking a break somewhere, possibly with a new man. But Julie's family fears the worst.

The Season 2 premiere details the murder of an unidentified young woman whose body was found in the Gulf of Mexico.

A college student is sexually assaulted at a party. Two decades later, a letter in the mail brings back the painful memories, but also a possible chance for justice. And, first generation immigrant, Shawndell, disappears and detectives suspect foul play.

Hard-working family man Chris MacCallum disappears while on a camping trip deep in the forest along the border of California and Oregon. And when detectives start to unravel the mystery, all roads lead to an unthinkable suspect…

When 12 year-old Courtney LeBlanc is kidnapped from her home, her family fears she's fallen prey to a serial killer terrorizing the community. Local investigators enlist the help of the FBI and their search reveals a predator hiding in plain sight.

When Jamey Walker, a young woman with a bright future is kidnapped and murdered in the spring of 1981, her mother Eleanor dedicates the rest of her life to finding the killer in hopes of finding justice for Jamey.

A investigation into a murder that took place in the Catskill mountains.

A woman finds her husband's body riddle with bullets, and the truth about their lives is revealed.

All appears well in this upscale suburb of Detroit. But when a mother of two is bludgeoned to death and then stabbed repeatedly in her own garage, police and the community are shocked when the investigation leads close to home.

An Ohio woman is implicated in murder, was she the puppet master or an innocent bystander? Even the prosecutor has his doubts. When a young girl from Idaho is kidnapped only the gut instinct of two strangers can save her.

The wife of an internationally renowned Ivy League professor is murdered, and the killer is the last person anyone would have expected, and a Phoenix postman is accused of murder and is sentenced to death, but did he do it? Follow his story.

The story of Ruth Vosseler, whose estranged husband absconded with their two children in 1986.