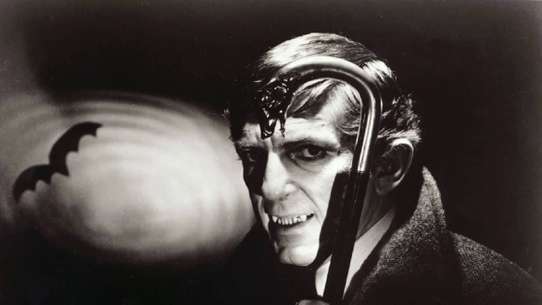 The BEST episodes of Dark Shadows

With vampires, witches, warlocks, werewolves, and other supernatural creatures, it became a surprising phenomenon. The show revolves around Barnabas Collins (Jonathan Frid), a guilt-ridden 175-year-old vampire who longs to be human again and returns to his estate after being chained inside a coffin for nearly 200 years.

A shamed Matthew confesses the murder to a stunned Elizabeth, before fleeing. The police hunt for Matthew, who has hidden at the Old House. Victoria makes peace with Roger, apologising for her accusation.

Matthew reveals that he killed Malloy, but that it was an accident, and vows to kill Victoria to maintain his secret. The police are called to search for Victoria, while Elizabeth pays a crucial visit on Matthew.

Chris and Julia find themselves at odds over Amy's care, as she begins life at Collinwood. While walking in the woods at night, Elizabeth finds herself at the mercy of a wild animal.

Angélique plans on being the life force for the experiment, despite Nicholas' misgivings. Stokes intervenes when Adam and Jeff come to blows. Jeff is bitten by Angélique, as part of her latest scheme.

Ben kills Nathan and Natalie before they can harm Barnabas. In the present Willie and Julia wait for Barnabas to return, however he never does. Willie checks the mausoleum but Barnabas is not in the coffin; shortly after Willie leaves the chains re-appear around the coffin and Barnabas is trapped inside. Josette appears to Willie, crying; he is convinced that Barnabas is in the coffin now.

Willie and Julia release Barnabas from the coffin, but they're almost discovered when Amy and Carolyn visit the Mausoleum to put flowers on the graves. David hurts Amy when she will not do what Quentin wants them to; Carolyn punishes David. David later tells Amy that they are going to "play the game" with Carolyn.

Barnabas plans to change the course of history by saving Victoria. Barnabas gives Nathan an opportunity to save his life if he will do something. Barnabas waits at Collinwood for Nathan.

Burke defies expectations and lies to absolve David of involvement in the crash. However, he later privately confides in Victoria, warning her to beware of her young charge.

Victoria looks for David in the basement of Collinwood. While looking, a stranger enters the room and asks who she is. He accuses her of snooping around. Elizabeth comes down and says it's Matthew Morgan, the caretaker of Collinwood. She asks Victoria why she is in the basement, and when Victoria tells her that she is down there looking for David, Elizabeth tells her David would not come down there. Once she leaves, Elizabeth finds David hiding in the basement. Later, Victoria sees Matthew again, stoking the fireplace. She says she hopes they can one day be friends, and she starts asking him questions. She finds out that Elizabeth fired all of her servents 18 years ago and then hired Matthew, giving him a cottage on the edge of Collinwood grounds. In the basement, Elizabeth gets out a crate of adventure books that had belonged to Roger when he was a boy. David does not want anything associated with his father. Carolyn tells Victoria that she should ask Elizabeth about what happened 18

Victoria is interrogated by Roger over her knowledge of Burke Devlin and their encounter at the train station. Later that night, Victoria has an unpleasant first meeting with David Collins

Julia thinks there must be some connection between Quentin and Chris. Maggie has a nightmare about Quentin which she later tells Julia and remembers a room at Collinwood that they had not searched. Amy warns Quentin that Maggie knows about the hidden room and they are coming to find David. Maggie and Barnabas find the hidden room.

Elizabeth and Stokes save Victoria. The residents hold a seance to contact Peter, but instead a gyspy called Madga delivers a warning via Carolyn. Chris suddenly interrupts the seance, for reasons of his own.

Maggie comes around and can only remember seeing Quentin then she was dressed in 19th century clothing. Roger is determined to find David, Quentin leaves a note saying “David is mine.” Ned calls Chris and finds that Sabrina can say his name. Barnabas takes Chris to the mausoleum as he starts to feel the transformation starting. Barnabas visits Sabrina and when she sees his wolf’s head cane she becomes very upset.

Chris and Maggie manage to point out the man they have both seen, Quentin, in a family history book to Barnabas. David and Amy sneak back into Collinwood to get the old telephone, however they cannot find it. Maggie catches them and tells them to never go back to the house. Later David and Amy find the telephone in his room. Maggie finds the children missing.

Chris plans to leave Collinsport, Julia tries to convince him to stay. During the exorcism David passes out, and the exorcism fails. Stokes sees Quentin in a mirror and the room starts to burn.

Julia and Elizabeth are convinced that the children must be possessed; Professor Stokes agrees to help. Ned threatens Chris that he better see his sister (Sabrina). A disembodied hand tries to stab Elizabeth with a letter opener; Stokes plans to perform an exorcism on Collinwood. Chris and Julia visit Sabrina Stuart and find that she has been in a state of shock for the last two years (the last time she saw Chris). When Sabrina sees Chris, she climbs out of her wheel chair and falls to the floor, reaching out to him.

Maggie finds David half unconscious with a burn on his arm asking Quentin not to hurt him; when David revives he denies everything and runs out of the house. Ned confronts Chris, telling him his sister is still alive and he wants Chris to see her. Quentin catches David and Amy in the woods, he wants them to drive everyone out of Collinwood. Maggie searches the house for David and Amy and hears the sound their laughter along with Quentin’s.

Barnabas stops David from opening the secret panel in the mausoleum and brings him back to Collinwood. In the morning Barnabas lets Chris out of the mausoleum and tells him that Ned Stuart is looking for him. Chris explains that he was engaged to Ned’s sister and she was the first person to see his transformation into the werewolf. David tells Quentin that he does not want to “play the game” anymore, Quentin touches is arm and makes it feel like it is on fire. Maggie hears David screaming and the sound of a man’s laughter.

David writes a story about a man who turned into an animal and was hidden in a room, later someone lets the animal out of the room and a hunter kills it. David runs out of the house and Maggie searches for him. Julia and Barnabas find David’s story and speculate if David knows about Chris (who is locked in the mausoleum. David goes to the mausoleum and starts to open the secret panel.

Barnabas and Julia contemplate what Ezra was going to tell them. David takes the ledger which Ezra brought with him to Collinwood; Quentin makes David rip out a page which contains crucial information. Roger returns to Collinwood and is upset that his son has been accused of some of the strange things occurring recently. The ledge is later found in the drawing room. Julia finds a picture of Beth in an old family album.

In the coffin Barnabas and Chris find a pentagram on the child’s body. Later Quentin tells David to steal the pentagram from Barnabas. Barnabas visits Ezra Braithwaite, a silversmith, to find out more about the pentagram. Mr. Braithwaite finds information and plans to meet Barnabas at Collinwood.

Maggie dreams that Quentin chokes her to death. Maggie tells everything that has happened to Barnabas who agrees to help her. Stokes suggests holding a seance to contact Janet Findley who died investigating the house. During the seance Mrs. Findley speaks through Mrs. Johnson who says “he killed me.”

Barnabas tells Julia everything that happened the night Victoria was hanged in 1796: Naomi’s death, Joshua’s decision to destroy Barnabas, the murder of Nathan Forbes, Joshua’s decision to chain up Barnabas instead of destroying him. Barnabas calls out to the spirits of Peter Bradford and Victoria and then returns to the 1796, once again a vampire.

Barnabas decides he has to find a way to travel back to 1796 to save Victoria from the gallows; Julia tries to talk him out of it. Barnabas asks Stokes for help in traveling back in time. David and Amy find the fresh grave of Peter Bradford. Later Barnabas and Julia find the grave of Victoria Winters.