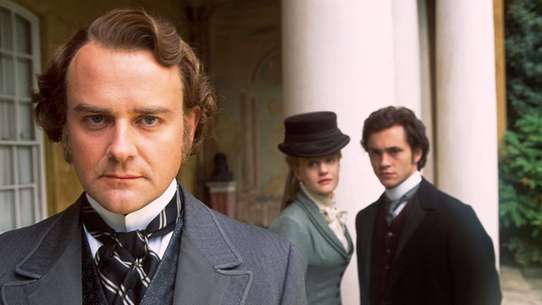 The BEST episodes of Daniel Deronda

Based on George Eliot's novel about a love triangle gone awry, Daniel Deronda originally aired on television as part of the award-winning Masterpiece Theatre series. The illegitimate son of a wealthy British aristocrat, Daniel harbors a secretive past and a ready supply of cash. When he meets Gwendolyn, a beautiful woman in desperate need of money, things get complicated, as he's already involved in a passionate relationship with a Jewish singer.

After Daniel meets his mother in Genoa and learns the circumstances of his birth and childhood, the Grandcourts have serious trouble while small boat sailing. Ultimately, Daniel makes decisions on a marriage and his life.

Daniel rescues Mirah Lapidoth from a suicide attempt and searches for her mother and brother in London. Grandcourt informs Lydia of his planned nuptials, and she sends to Gwendolen a package with a curse.