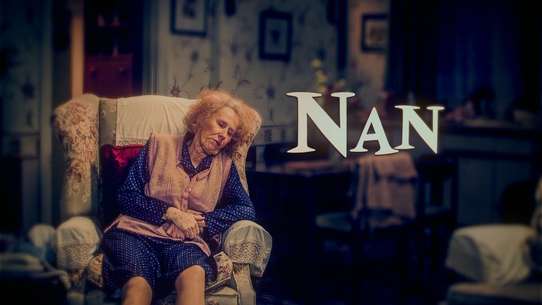 Catherine Tate's Nan (simply referred to as Nan on-screen) is a BBC One spin-off series of specials which follow the character of Joannie Taylor (Catherine Tate) from the original sketch comedy series The Catherine Tate Show. When the initial series ended in 2007, a Christmas Special was broadcast in 2009, Nan's Christmas Carol which was followed by three subsequent specials in 2014 and 2015 under the title Nan.

When the freehold on Nan's block of flats in London's newly fashionable East End is bought up by some ruthless property developers, all the residents join together to fight for their survival. All except Nan, that is, who, having bought her own flat in the 1980s, finds herself holding a unique position of power over the developers and their oily representative, the unfortunate Charles Wilmott.

Nan's aggressive attitude to harmless pensioners finally gets her into trouble with the police, and she's forced to attend anger management classes. However, her course leader is revealed to be struggling with some latent issues of his own, which are in danger of being brought bubbling back to the surface. Meanwhile, Jamie joins forces with Nan's kindly new neighbour to raise funds for the local zoo, with unexpectedly dramatic results.