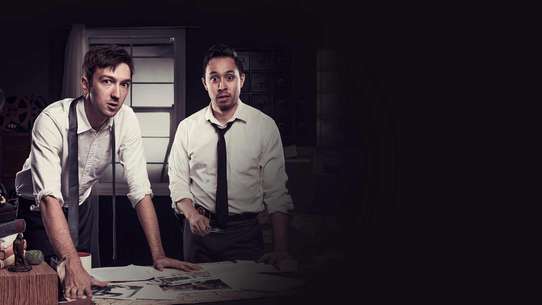 The BEST episodes of BuzzFeed Unsolved

BuzzFeed’s hit docuseries follows conspiracy theory enthusiast and paranormal pundit Ryan as he deep-dives into the mysteries surrounding the most notorious paranormal cases and unsolved crimes in history, in order to convince his dubious friend Shane that sometimes, the evidence isn’t always as it seems.

#1 - Supernatural - The Haunted Town Of Tombstone

We travel to the O.K. Corral in search of gunslinging ghouls.

#2 - Supernatural - The Haunting Shadows Of The St. Augustine Lighthouse

A 25-year-old socialite goes missing off the streets of New York City in 1910. Did she run away…or was it something worse? Don't miss Nancy Drew.

What really lies inside America’s most top secret military base?

#5 - Supernatural - The Demonic Curse of Annabelle the Doll

Will Ryan and Shane’s face to face with Annabelle be the Unsolved series finale?

Do we really know the life and death of this famous artist?

What became of this missing boy?

A shadowy killer pushes a small town to the edge.

Who bumped off the man that built Las Vegas?

#11 - True Crime - The Suspicious Case of the Reykjavik Confessions

Two murders. Six confessions. But is any of it real?

#12 - Supernatural - The Hunt for La Llorona - The Weeping Woman

A shark, a speedboat, and a mysterious severed arm.

Watch Ryan & Shane uncover more details of the Black Dahlia as they revisit that case. Be sure to watch the season premiere of 'I Am the Night,' premiering January 28 at 9/8c on TNT.

Who was this mysterious stalker?

#16 - Supernatural - The Haunting of Hannah Williams

#17 - Supernatural - The Lost Souls Of The USS Yorktown

How many restless spirits still walk the embattled decks of the famous old aircraft carrier?

We discuss some newly released evidence of extraterrestrials.

Does this Arizona prison still hold the spirits of Old West outlaws?

Is this historic house of God really home to a demonic force?

We return to the scene of one of our earliest investigations.

This week we're chasing the famed hidden treasure of Forrest Fenn, a treasure reportedly worth over a million dollars and a hunt that has literally claimed lives.

#25 - True Crime - The Covert Poisoning of an Ex-Russian Spy

An ex-spy is murdered with an unusual poison. Was it an enemy, or his former employers?