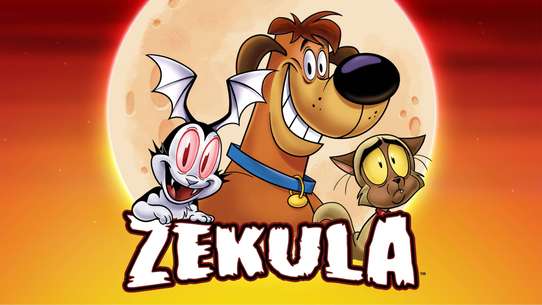 The BEST episodes of Bunnicula

Every episode of Bunnicula ever, ranked from best to worst by thousands of votes from fans of the show. The best episodes of Bunnicula!

Bunnicula is an American animated television series based on the children's book series by James and Deborah Howe. The show is a dark comedy about a vampire rabbit who likes carrot juice instead of blood to strengthen up his super abilities in new paranormal adventures.

#1 - The Curiosity Shop Killed the Cat

Bunnicula becomes a cat after absorbing a catnip pillow.

Bunnicula absorbs a seaweed and gets transformed into a Godzilla-like creature who terrifies a village of squirrels.

When Bunnicula, Chester,and Harold have vampire dance party, Prism-clad guardians take them to a vampire prison where other vampires - both human and animal vampires alike - are held.

In this flashback episode, we learn how Bunnicula helped Jean Lafitte defeat the British with their magical locket.

Bunnicula (with Lugosi’s special blend of beans used as a temporary sunblock) has an adventure at the beachside.

After Bunnicula consumes a cabbage, he's shot into space and must find a way to make it back to Earth.

Bunnicula accidentally erases Scott's memory after the latter finds out about Bunnicula's secret, but also becomes rather intelligent. Chester and Harold use this to take advantage of Scott and make him cater to their every whim, but this also makes Mina miss the old Scott.

After Mina and her friends try to invoke Bloody Mary in the hall mirror, Harold discovers that they’ve actually conjured a mud monster that he’s super excited to introduce to his friends.

When a ghostly Southern alligator looking for her missing earring is haunting the sewers spreads a crying curse through the apartment, only Bunnicula can set things right before everyone drowns in their own waterworks.

After Harold comes home from surgery after eating a soccer ball, Chester and Bunnicula commit to helping their friend get some rest and read him a bedtime story. But after a monstrous hybrid of a spider and a lamb emerges from the book, they’re afraid their immobilized friend will be eaten! Bunnicula and Chester team up to save their friend.

Chester thinks Bunnicula is a robot made by aliens.