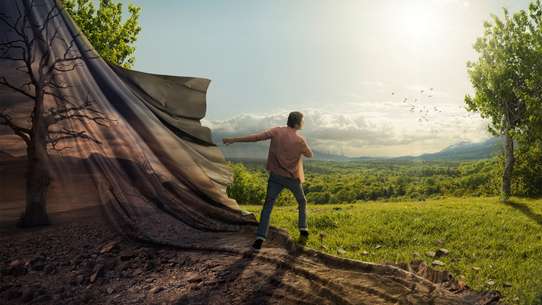 The BEST episodes of Brain Games

Every episode of Brain Games ever, ranked from best to worst by thousands of votes from fans of the show. The best episodes of Brain Games!

National Geographic Channel's Emmy-nominated series Brain Games returns this summer with 10 new mind-blowing episodes! Host Jason Silva gets inside your head and shows you what's really going on in there with an intricate series of interactive experiments designed to mess with your mind and reveal the inner-workings of your brain. Hailed by critics as "tremendous fun" that "makes science entertaining," Brain Games turns your mind's eye inwards for a fascinating journey into the three and a half pounds of tissue that makes you... you.

Everyone thinks they’re unique and independent, but how much of your behavior is based on how much your brain is copying from people around you? You’ll discover how you unconsciously adapt the way you behave, speak, and move according to who you’re talking to, who you’re trying to please, or who you’d like to be like in the future.

This is a show about your brain and how it perceives motion. Evolving in a world that is constantly moving, the human brain had to develop a pretty sophisticated sense of motion in order to survive. This episode stops to ask some deceptively simple questions-What really is motion? Is the movement that you see real? Or is the wiring of your brain's motion detectors merely being fooled? We explore the science behind how your brain detects and interprets motion, and you'll see how easily this hard-wiring can be fooled... for better and for worse.

This is a show about your brain and stress. You'll see how your brain manages stress and how stress also manages you. From traffic jams to screaming babies, angry bosses to bill payments, you're surrounded by stress every day. But stress has a purpose, and you’ll discover why it's a good thing in many situations, even though it can overwhelm you. That said, don't let stress stress you out—there are ways to manage it! Through a series of interactive games and experiments, you’ll discover how stress works—and how to handle it better.

Every time you make a decision, your brain enters an often invisible battle between risk and reward. Through a series of addictive interactive games, surprising experiments, and relatable experts you'll learn astonishing facts about how you make decisions - and how to get better at making them.

On this beastly episode, it's going to be heads vs. tails as we pit humans against animals in series of unique competitions. And if you play along, you'll discover how a bird can eat like a horse, a dog can be jealous like a baby, and how a chimp can make you look like a chump. Who will win this interspecies showdown? Don't bet on the wrong horse.

From the second you're born, you're a unique individual. You'll make choices about your friends, your career, your relationships, where you live, and how you dress. But one thing you don't get to choose is whether you were born a man or a woman - and that flip of the genetic coin will play a huge role in determining how you think about...well, almost everything. In this episode, we find out once and for all which gender's hard drive is wired better...for doing what.

Seeing is believing, right? Not necessarily. It all depends on your perspective. In this episode of Brain Games, mind-bending illusions will show you the ways in which your visual perceptions can be surprisingly off.

By exposing us to specific stimuli, Jason Silva can prime our brains to respond in certain ways. See how identical twins interview for the same job, in the same clothes, with the same resume. They even give the exact same answers-but the order of the words in their answers is slightly different. The result? One twin comes off negative, and the other gets the job. Would you believe that Texas seceded from the U.S. if a crazy-looking guy told you? Probably not, but what if a news reporter with a microphone did? This episode unveils the subtle tactics that advertisers, marketers and con men can use to get you to do what they want, without you noticing.

Host Jason Silva and deception specialist Apollo Robbins break down why we lie and what happens in the brain, even though science tells us that the truth is physiologically and neurologically easier.

All the latest research says that your brain needs exercise to stay youthful and fit. Wonder junkie Jason Silva and deception specialist Apollo Robbins are going to put your brain to the test with a serious workout.

Ever wonder why a watched pot never boils? See how the brain can actually warp and shift time, giving a false impression of the order and the speed of events. Neuroscientist Dr. Chess Stetson explains the oddball effect using a series of pictures. Illusionist Apollo Robbins uses juggling pins to demonstrate what happens when the brain doesn't have enough time to process a large amount of information, while host Jason Silva plays with the speed of sound and light to find out why movies and television shows are sometimes out of sync.

Think your field of vision is really in focus, or that your brain is focusing on everything happening in front of you? Think again. Brain Games reveal; the secrets behind the mysteries of focus and attention.

Whether it's remembering where you parked the car, or just finding the light switch in the morning, navigating your busy world can be tough. Luckily your brain has a built-in navigation system to help make sense of your surroundings. In fact, recent discoveries prove that the brain uses place cells and direction cells to help get us to where we're going. In this episode we explore spatial awareness. It's how your brain tells you where you are. Through a series of games and experiments we’ll test the boundaries of your brain’s hardwired sense of direction, and prove how you aren’t always aware of your surroundings or even your body. Plus you’ll learn a surprising technique to enhance your spatial memory.

This is a show about your brain and trust. Does it sometimes seem like you have to be on your guard all the time against untrustworthy advertisers, politicians, and other people? So how do you maintain a level of trust in an untrustworthy world - and what is trust anyway? Through a series of fun and interactive games, you’ll learn to trust others a little more and your own brain a little less! Prepare to put your trust in Brain Games.

Bet you could explain something as basic as how a zipper works? Or correctly draw something as simple as a bicycle? If you said yes, you likely bet wrong... but don't worry it's not just you! When you stop and think about it, you're probably not that aware of all of the things you don't understand. The fact is we go through our daily lives feeling pretty confident in our knowledge and understanding of the world, but that confidence is mostly an illusion. In this episode of Brain Games, we'll show you firsthand just how the "illusion of knowledge" plagues the human brain and why we fall victim, again and again, to the notion that we understand more than we actually do.

The average adult spends more than 220,000 hours - or roughly 25 years - in bed sleeping. That's one third of your life spent in slumber!1 But what exactly is sleep - and why do we spend so much time doing it? In what could be our most ambitious Brain Games experiment ever, we keep 3 volunteers awake for 36 hours in order to answer just that.

Your face is pretty remarkable. Whether you've got a baby face, a poker face, or a face only a mother could love... your identity is deeply rooted in your own unique face. And with over 40 muscles twisting and contorting, your face allows you to express a near infinite number of emotions and feelings. But not only are you capable of making faces -- your brain is also highly adept at recognizing what other peoples' faces are saying to you. In this episode about faces, we're going to mess with your mind and show you that there's more to a face than meets the eye. And if...

Join host Jason Silva in interactive games and experiments to explore your brain's capacity for compassion. Discover if you were born naughty or nice and explore the chances of finding a psychopath among your family and friends.

Our experts examine the brain's internal tug of war between fear and rationalization. Whether boarding an airplane or walking down a spooky street at night, we'll see how dread and anticipation build feelings of fear. Putting our host's emotions to the test, Apollo Robbins challenges Jason Silva to a game of Russian roulette. Then, with the help of John Harlacher, co-director of one of New York City's scariest haunted houses, we "Fear Factor" a group of volunteers. Without their senses of sight, sound, or control of their limbs, see how they react to snakes, cockroaches and rats... or so they think.

In this episode you'll play along with interactive games that unlock the secrets to attraction, learn how your brain quickly calculates what's attractive (or not), and discover how hidden formulas can predict who you consider beautiful. Explore the secrets of long-term relationships, and play along to discover just what it is that attracts two people together beyond conscious control—including a shocking revelation of the one body part that can often predict compatibility. From secret formulas to brainwave patterns, you'll see the mysteries of attraction revealed.

Hollywood filmmakers create mind-bending sensory illusions; an illusion causes people to "feel" via their eyes; one blind man can "see" with his ears.

Interactive games and experiments show how the brain is deceived; how scammers and con artists use the brains flaws to their advantage.

Brain Games reveals how optical illusions are a great way of showing the powerful mechanisms at work that allow your brain to perceive three dimensions.