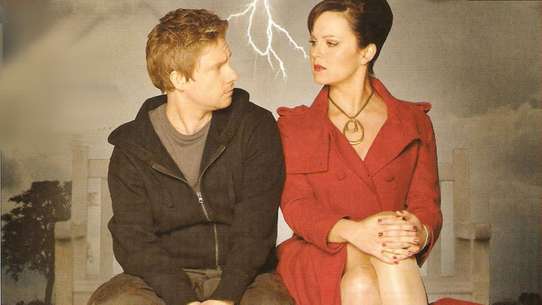 Dreamer Danny Reed's life is turned upside down when he is struck by lightning and wakes to find himself trapped in a woman's body. Instead of being a scruffy DIY store worker with no prospects, he has now swapped lives with glamorous female fashion journalist Veronica Burton. Danny suddenly must learn how to walk in stilettos and put on a bra, deal with the amorous advances of Veronica's boyfriend Jay and pass himself off as a fashion expert while also finding out what has happened to his old self.

Danny Reed is shocked when he wakes up and finds himself in the the body of journalist Veronica Burton. As he is forced to adjust to his new life he is determined to find out what has happened.

Danny is really bored with Veronica's world and is finding it difficult to manage.

In the final episode, Danny and Veronica see if they get their old lives back, and if they do, whether things will ever be the same again.

Danny is horrified after having had sex with Jay and he is close to going over the edge. Pete confronts him and he finally tells him the truth about being Danny stuck inside his girlfriend's body.