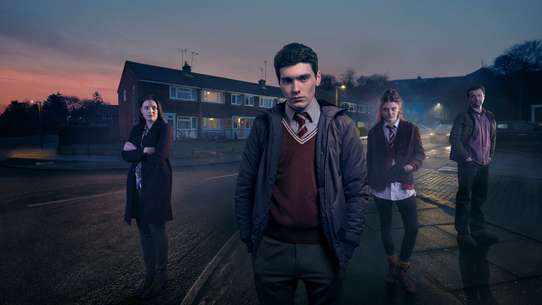 Born To Kill is a haunting four-part drama exploring the mind of Sam, a teenager on the verge of acting out suppressed psychopathic desires. As this chilling coming of age drama unfolds, decades of deceit are revealed and Sam’s family’s long buried past returns with a vengeance.

With Sam's father released from prison, Jenny makes a desperate effort to get to the bottom of Sam's increasingly dangerous behaviour. But is she too late?

When Sam exposes Jenny's dark secret her world begins to unravel. Sam comes face to face with his father and Jenny finally begins to understand her son's true nature.

With the death at the hospital causing suspicion, Sam must tread carefully and hold his desires in check. As a threat from the past resurfaces, Jenny summons the courage to face her fears.

Sam appears to be a model teenager: he's an affectionate son to single mum Jenny and stands up to bullies at school. But Jenny is protecting him from a dark secret, and when new girl Chrissy arrives in town, Sam's suppressed violent desires start to emerge.