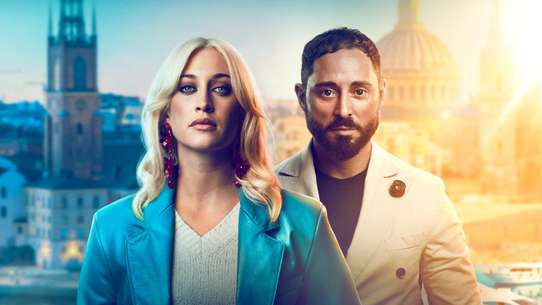 The BEST episodes of Blinded

Every episode of Blinded ever, ranked from best to worst by thousands of votes from fans of the show. The best episodes of Blinded!

An ambitious financial reporter Bea receives an anonymous tip about irregularities at a Swedish major bank. Bea weathered a scoop, but the review is made more difficult by her love affair with the bank's married CEO, Peder. Based on Carolina Neurath's book "Speed Blind" which in turn is inspired by real events.

The Swedish Financial Supervisory Authority investigation causes the bank to lose its license and Peder sees only one way to save the bank from bankruptcy. A sale has to be made before the end of the weekend, otherwise Adam and the other employees risk being ruined.

Bea is plagued by feelings of guilt and after a relapse with Peder, she decides to leave journalism. The Swedish Criminal Investigation Agency starts a preliminary investigation and Otto sends Waltin to get hold of a recorded call that must not leak.

Season finale. Bea returns to work to find out what happened to Henrik and her investigations point to Otto. Otto, who knows how the string is tightened, orders Waltin to stop Bea for good.

Peder tries in vain to stop Bea's disclosure and the ST Bank discontinues its trading department to appease its critics. Otto gets Peder to appoint Henrik as a scapegoat, but that does not prevent the Swedish Financial Supervisory Authority from launching an investigation.

Bea's investigations indicate that the tip is correct. Although she struggles with the agony of conscience, she digs further, but in her eagerness to get the truth Bea goes over the limit. At the same time, Peder understands that Bea has gone behind his back.

Bea manages to interpret the documents showing that the bank overvalued its assets by two billion, but suddenly encounters resistance. Thulin has promised to help Peder solve his acute financial problems.

Economics reporter Bea has promised herself not to mix jobs and private life, but fails to defend herself when she falls in love with the charming bank manager Peder. Suddenly she gets a tip that his bank is hiding big problems.

Bea is in Malta to report on the hyped credit company Easy when she suddenly runs into Peder. He has now served his prison sentence and has just received a job offer linked to Easy.

A conflict of interest arises in Dagbladet when Bea asks to continue her review. However, Bea does not allow herself to be stopped, but seeks out Jonas' mother for more information. At the same time, Peder agrees to become the new CEO of BIAB.