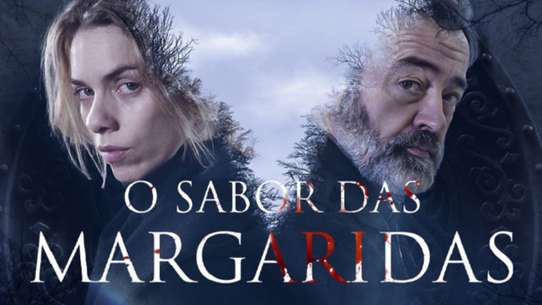 The BEST episodes of Bitter Daisies

Set in 2010, the story takes place on the eve of the arrival of Pope Benedict XVI to Santiago de Compostela. Rosa Vargas is a rookie police officer of the Spanish Civil Guard who arrives at the small interior Galicia town of Murias to face her first case, in which she must investigate the disappearance of a young girl named Marta Labrada, lost under strange circumstances. Although everything points to Marta leaving the town on her own, Rosa goes further and discovers a dark secret that surrounds the small town of Murias and the investigation discovers a series of crimes that had remained hidden in the village "where nothing ever happens".

Rebeca and Brais find the missing memory card. Rosa lies in wait to see who leaves daisies by the road. Alberte learns a captive woman has been found.

#2 - Being Harsh is a Kindness

Laura is entrusted with finding out who bought the new painting. Miranda spots familiar handwriting. At the seventh Lily party, a revenge plan unfolds.

Samanta tries to find out what Xabier is hiding. Rosa forces Iván to tell her everything about the parties, and helps Rebeca with her photo scandal.

#4 - Those Who Are Already Dead

Rosa learns who dante78 is, and finds a clip from Marta's final blackmail video, which reveals a secret party circuit. A jealous male targets Rebeca.

The sound of a phone ringing inside Eva's car trunk leads to a shocking discovery. With HuiChi's help, Eva secures a private meeting with banker Eloi.

Memory cards found in Marta's belongings reveal a new suspect with a fetish, while forensic results from the factory scene point to an unusual hobbyist.

Eva is forced to accept a mission in exchange for her parents' safety. After viewing one of the VHS tapes found in Diego's home, Salgado tests a hunch.

#8 - The Anguish of the People

Using one of the costumes found in the old factory as a lead, Rosa tracks down the shop it came from, and later dons her own disguise to go undercover.

Eva steals a hard drive from the hotel's secret floor, and sends the key card to Salgado. Laura's increasing frustration with Eva leads to an outburst.

Salgado discovers clues linking a new murder to a cold case, while Eva breaks into Diego's office and finds evidence connecting Cairo and the Lily.

Fresh out of prison, Eva gets an urgent message from Mauro, and is hounded by a persistent journalist. All the while, a stalker tracks her every move.

Civil Guard officer Rosa Vargas arrives in a small Galician town to investigate the disappearance of a teen girl, and soon develops a chilling theory.