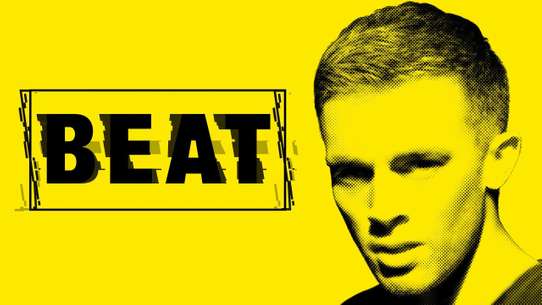 The BEST episodes of Beat

Every episode of Beat ever, ranked from best to worst by thousands of votes from fans of the show. The best episodes of Beat!

Robert Schlag, nicknamed "Beat", is a Berlin club promoter who lives for the excesses of sex, drugs and the city nightlife. His connections to the underworld lead the police to use Beat to try and infiltrate a notorious organ smuggling ring.

Beat lives in constant fear that Vossberg will eliminate him. When he realizes that he can't hide any longer, he takes a chance and confronts Vossberg directly - but Vossberg has a special punishment for Beat in mind.

After they get involved in a deadly shooting, Beat seems to have ultimately won Vossberg's trust. So Beat breaks with Emilia and the Secret Service. All by himself, Beat investigates and discovers a scene of gruesome crimes.

Beat gets caught in the crossfire when another undercover officer in Philipp Vossberg's circle gets busted. Vossberg's system of organized crime turns out to be a cynical cycle of violence and exploitation.

Beat has lost everything. Vossberg, however, was able to erase all traces of his criminal actions. He has nothing left to fear. Beat is determined to make sure justice is served. But when he confronts Vossberg, Beat is in for a cruel surprise...

Club promoter Robert Schlag, aka "Beat“, lives a life of excess. Fast and hard. But then the bodies of two young girls are discovered in his club, and a mysterious stranger wants to get to know him. Not only the police, but also Emilia, an agent with the Secret Service, put pressure on Beat.

Beat tries to win Vossberg's trust. Vossberg is rich, arrogant, cold and smart. The two men are worlds apart. But Beat is able to get close to Vossberg. Soon he comes across the first clues that point to Vossberg's criminal actions.

The European Secret Service is convinced that the new co-owner of the club belonging to Beat's best friend Paul is a dangerous man with close ties to the organized crime. To protect Paul, Beat finally agrees to work with the Secret Service.