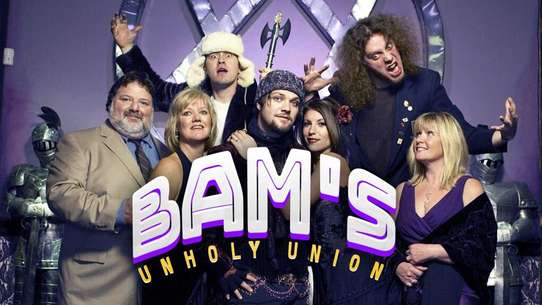 Pro skateboarder and MTV Jackass alum Bam Margera chronicles the moments leading up to his wedding where he will marry Melissa Rothstein who he has known since they were little kids.

Missy worries about preparing her first Christmas Eve dinner; Bam wants to spruce up the house.

Bam and Missy try to hire a wedding planner and Missy looks for her wedding dress.

After spending one last time as a bachelor with his friends on a skate-boarding park in the backyard, Bam and Missy finally get married.

Bam and Missy get some last minute details finish in order to prepare for the wedding. Bam continues work on a skating rank that has to be finish by the wedding date. Bam & company play a prank on Phil. They have their rehearsal dinner.

Bam and Missy go in search of wedding rings; the venue is still in question.

The entire Jackass crew joins Bam in his bachelor party in Vegas.

Bam and Missy have three months until the wedding and they have to search for a venue that can hold a few hundred people. They also hold an engagement party for some of their family and friends that will be attending the wedding.

Missy and Bam finally locate a venue; the couple gets an offer from Playboy.