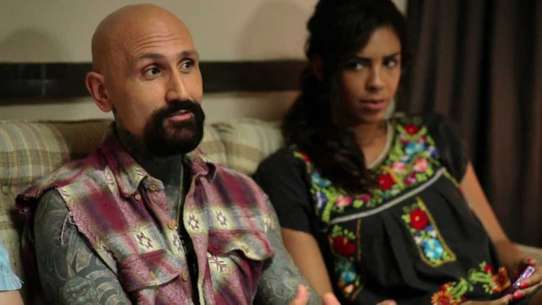 The BEST episodes of Bad Samaritans

When Jake and Drew's anniversary picnic turns into a massive breakup that accidentally starts a raging wildfire, they are both sentenced to 2,000 hours of community service which they have to serve together. Each week, they join a ragtag group of degenerates that includes lifelong stoner Hagerty, aspiring socialite Trainy, former biker gang member Doug, and their Napoleonic parole officer Dax Wendell to complete degrading assignments. While performing menial tasks like assisting the elderly, picking up trash, and euthanizing dogs, Jake and Drew continue to deal with their breakup and the constant nightmare of doing the worst jobs in the world, for no money, with their ex.

The gang must search through the woods for an important wedding ring, with the promise of halving their mandated community service hours. However, things get complicated when Hagerty finds psychedelic mushrooms.

The gang gets assigned to work at an animal shelter. While Hagerty and Doug struggle to euthanize the strays, Jake tries to make Drew jealous.

The gang spends their Saturday watching over detention at a local Middle School. What they originally expected to be an easy assignment turns hellish when the students are revealed to be sadistic brats.

After getting a new job as a police chief in Mexico, Wendell assigns the gang to cater his going-away party.

After their anniversary picnic gets out of control, Drew and Jake are sentenced to serve 2000 hours of community service. Their first assignment is at the retirement home where Drew's grandmother lives, and the two must go to great lengths to hide the fact that they've broken up.