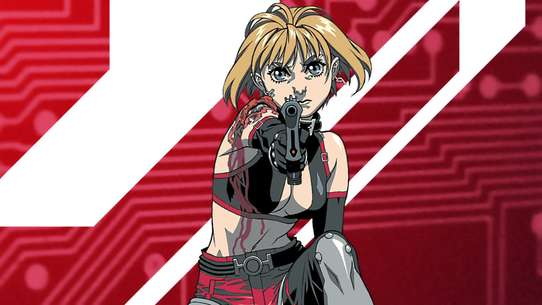 The BEST episodes of Armitage III

The year is 2046. Detective Ross Sylibus is transferred to Mars when a country singer on his flight is murdered. Making matters more complicated is that the singer is a "Third" - a robot that looks and feels like a human. Sylibus is partnered with Armitage - a beautiful female cop with a bad attitude. As they investigate the murder of the singer and other women on Mars, they uncover a conspiracy that can have them both killed by the Martian government, especially when Armitage is revealed to be a Third herself.

After discontinuing the Third serial murder cases the MPD begins investigating the random acts of terrorism by Seconds. Ross, who can't understand this decision, goes to Shinora Police Hospital to investigate D'anclaude Meanwhile, Armitage found data from Asakura which shows a young Asakura and D'anclaude together in a picture. What is the secret hidden between them? The key to solve the mystery is held by D'anclaude who's is sleeping at Hospital Shinora...

Both the original D'anclaud's and the Thirds are lost in the flames of Shinora. Now the only one remaining with the knowledge of the secret of the Thirds is Asakura. With the lead he provides them--"Asakura is at the dome on top of Dannich Hill"--Armitage and Ross head out to follow it up. But the Asakura they find there has had his memories altered, and had no recollection of Armitage. Armitage finds herself in the pits of despair... Will the secret of her existence ever be revealed to her...?

In the last episode Armitage stopped D'anclaud---nearly dead in his tracks. Of course he is the only suspect involved in the multiple deaths of the "Thirds". The new mystery unfolds when, another bullet-riddled Third, Lavinia Whatley, is found dead at an industrial power plant. However, Armitage is still missing. "yet...isn't D'anclaud supposed to be in the police hospital?!" Another victim brings new confusion to the MPD. Still echoed by D'claude's mocking laughter. And now Armitage's mysterious disappearance places her under immediate suspicion.

The place: Mars, during the terra-forming process. As soon as Detective Ross Sylibus arrived at the spaceport, he got involved in a murder. The victim was Kelly McCanon, the popular singer. Ross discovered something shocking: the fact that the corpse was not a human, but a "Third", a much more advanced robot than the "Seconds" which are currently in common use. Ross must team up with Armitage of the Martian Police Department (MPD) to chase the killer, Rene D'anclaude, who is destroying the "Thirds" one by one.