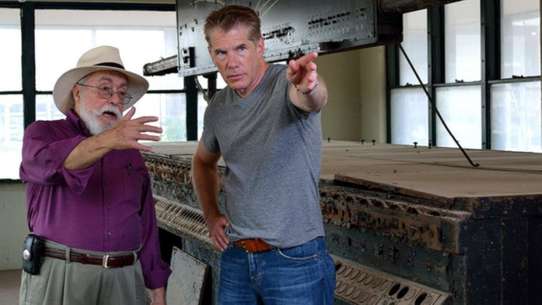 The BEST episodes of America Declassified

Geoscientist Ben McGee heads to a secret location in the heartland of Kansas -- a Cold War-era missile silo that’s been converted into a 15-story, underground luxury bunker. Meanwhile, Mike Baker heads to California’s gold coast to conduct an investigation into the infamous Alcatraz prison break in June of 1962. Did the 3 escapees survive their brilliantly planned breakout, or die during the attempt?

At the infamous Lorraine Motel in Memphis, Mike Baker does new ballistics tests in his investigation of the assassination of Martin Luther King, Jr. Then, new technology searches the sky for the truth behind the mysterious Marfa lights in Texas.

Mysteries and conspiracies in the U.S. are examined in this series, which begins with former CIA officer Mike Baker and actor Richard Belzer investigating the assassination of John F. Kennedy. Other segments look into the disposal of radioactive waste; and explore a quiet zone.

Did members of the cast and crew from John Wayne's 1956 film, The Conqueror, contract some form of cancer after exposure to nuclear fallout while filming? Pensmore Mansion is supposed to withstand earthquakes, explosions and tornado-force winds, but could it also hide a network of tunnels built for exclusive use by the Illuminati? The startling discovery of a young girl's skull, unearthed at the historic site of Jamestown, points to evidence that America’s first settlers could have been cannibals.

An investigation into the 1971 disappearance of airplane hijacker D.B. Cooper, who parachuted from Northwest Airlines flight 727 with $200,000 and was never seen or heard from again. Also: the case of a toxic sinkhole that's threatening to swallow an entire Louisiana town; and criticism over a U.S. government roundup of wild horses in the West.

If civil unrest comes to America, law enforcement will be ready with new, so-called "less lethal" weapons. But are these weapons really safe and effective? Ex-CIA officer Mike Baker puts the weapons -- Tasers, sonic sound and PepperBalls -- to the test. Next, we go underneath the city of Las Vegas where a vast network of storm drain tunnels are inhabited by hundreds of people who have fallen through the cracks of society. Finally, in San Francisco we investigate internet rumors that recycling is really a hoax.