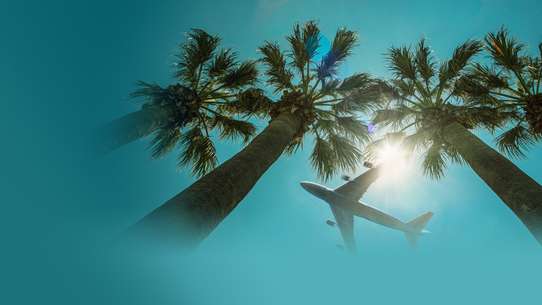 The BEST episodes of Airport 24/7: Miami

Airport 24/7: Miami is an all-access pass to the intense and dramatic world of Miami International Airport told through the characters whose jobs it is to keep one of America's largest airports running around the clock. The airport staff, full of strong personalities, struggles to stay afloat as they deal with the stresses of getting 100,000 strangers through the airport safely every day. MIA is considered a Category X airport -- a prime target for terrorist threats -- and with 38 million passengers a year, it's the size of a small city. Something is always going to happen, from fuel fires and smuggling rings to medical emergencies and sting operations. And that’s just the beginning. Think you know life in an airport? You haven't seen anything yet! This is Airport 24/7: Miami.

Miami International Airport is the largest entry point for flower shipments coming into the US, and Customs and Border Protection Officer Angel Marquez leads his team in a search of over 200 pallets of cut flowers, since the pallets are likely targets for drug smuggling. Meanwhile, Director of Security Lauren Stover learns that a stray dog named Simon is living near the airport and digging holes around the grounds, so Lauren assembles a team of airport personnel to catch the dog.

Two thousand cameras capture the movements of every passenger at Miami International Airport, and agents are quick to spot crimes in progress. But when an unstoppable elevator traps an innocent victim, all eyes focus on a high-risk extraction operation.

When a note is found in a returned rental car claiming to have a bomb in it, the entire transit center at Miami International Airport is shut down and evacuated, inconveniencing thousands of passengers. Meanwhile, at the Lufthansa airline gate, ground personnel prepare for a quick turnaround of a huge aircraft, but a passenger delays the flight when Customs and Border Protection questions him.

A high-stakes visit from the head of Homeland Security starts with a scare and escalates to a nightmare. Meanwhile, employees are cut, creating a bottleneck at Customs and Border Protection that impacts passengers, celebrities and flight crews alike.

A full moon brings about bizarre circumstances at Miami International Airport. A scorpion stings a passenger, a power surge knocks out the airport tower and a man calls in a bomb threat during the overnight shift.

Law enforcement and MIA staffers ratchet up security for Air Force One's arrival to MIA. No one is certain when the President will arrive, but when he does the airfield goes into a complete lockdown. Meanwhile, a swarm of bees infiltrates a gate, halting planes from moving into the area, including the soon-to-arrive Air Force One.

One bird can bring down a jet, so when a massive flock invades MIA, the airport must take extreme measures. Elsewhere, a smart K-9 uncovers heavy weapons in an outgoing crate, and Customs seizes an incoming shipment of counterfeit goods.

Aviation legend Barrington Irving pits a car against pilot Henry Castellanos and a jet in a racing contest at a nearby airport. Elsewhere, a shark shipment stirs the waters at MIA, while tight quarters in economy class lead to violence on an incoming flight.

A bomb-sniffing dog triggers an evacuation of MIA’s terminal, while Customs and Border Protection detains a suspicious husband and wife carrying bags that contain $500,000 dollars in luxury Swiss watches.

The MIA team springs to action as 2 fully-loaded international flights collide on the jetway. As repercussions hit some passengers harder than others, the Beagle Brigade sniffs out a smuggler with unusual cargo.

The United States Secret Service locks down the entire airfield for the arrival of President Obama, while a Customs and Border Protection K9 sniffs out illicit cargo ... in the last place you'd want to find it.

A major storm shuts down a nearby airport, filling Miami with diverted planes, passengers and ... horses. But when the storm makes a turn in Miami's direction, all hands rush to get planes into the air before impact.

At Miami International Airport, every bag goes through a complex screening process to ensure it doesn’t contain any prohibited or dangerous items. When the TSA flags a bag containing 2 handguns artfully concealed in a speaker, Customs and Border Protection officers confront the owner of the luggage. Meanwhile, the airport staff is buzzing with the news that a very lucky employee is the winner of a $16 million lottery prize. But who is it?

Lamborghini chooses Miami for the unveiling of their new Aventador Roadster. As part of the unveiling, MIA closes its longest runway so the 5 Roadsters can attempt to break the ground speed record. This high-stakes event takes extraordinary coordination between every department, from Lauren Stover and her security team screening all the attendees, to Ken Pyatt and Dickie Davis figuring out how to pull the entire event off in the 20-minute window that the FAA has allotted. Can the MIA team pull off an event of this magnitude without causing flight delays?

A massive fuel spill puts fire rescue and hazmat teams on high alert as they attempt to stop the highly explosive fuel from draining into tunnels underneath the airport. Meanwhile, US Customs and Border Protection keeps close watch for illegal contraband as flights arrive from Cuba.

A major airline undergoes a worldwide system failure, stranding thousands of passengers. Customs and Border Protection unzips 2 million dollars worth of cocaine, while TSA finds itself the reluctant owners of a massive stash of perfectly good booze.

A TSA officer intercepts a firearm tucked inside a carry-on bag. Tensions rise as the passenger is questioned by the Miami-Dade Police Department, and they determine that he is neither a US citizen nor does he have a firearms permit. Meanwhile, the TSA intercepts a potential terrorist when an officer spots a knife deliberately hidden in the sole of a sneaker. A full-scale security response is issued to investigate in the premiere of this series, which documents the inner workings of Miami International Airport (MIA) and the people who keep it running.

A driver comes within inches of his life when his car flips over outside the terminal. The search begins to find out who the victim is and who is waiting for him at arrivals. Meanwhile, Customs and Border Protection's Anti-Terrorism and Contraband Enforcement Team hones in on a shipment of tractor parts originating in South America, and travelling through Miami.

With a zero tolerance policy for theft, the Miami-Dade Police Department plans to run 2 sting operations to catch the thieves targeting MIA. Meanwhile, Dickie Davis must help 2 very angry passengers whose luggage has gone missing. When the police spot a baggage thief while running surveillance, a pursuit ensues.

Miami International Airport is a Category X airport, which means it's at the highest risk for terrorist attack. So, when an incoming flight squawks a hijack code to the tower, it triggers a full-blown SWAT response. The crisis creates a domino effect for both passengers and airport workers, which ripples into the next day when 600 passengers from 2 flights attempt to check-in simultaneously. Heidi and Darius arrive on the scene only to face a mob of angry passengers.

The TSA learns a tough lesson about what happens when a shoe bomb detonates. Also, when a ticking device is discovered on an active jetway, security clears a massive blast radius, disrupting the airport's operations.

President Obama comes to MIA once again, only this time Air Force One’s arrival diverts a flight from Cuba low on fuel. A pack of seeing-eye-dog puppies train to guide through TSA. CBP strikes gold in a very high value carry-on.

A bus crashes into an underpass and the MIA team faces one of the worst disasters in the airport’s history. Customs and Border Protection agents uncover a massive drug shipment and reveal the undisclosed location where confiscated narcotics go.

A crash into terminal F ruptures a water main, causing rising floodwater's to threaten airport operations. Meanwhile, US Immigration and Customs Enforcement prepares a secure aircraft to deport detainees who are in the country illegally.

MIA kitchens prep thousands of meals for outgoing flights, while one passenger discovers what happens when you say "bomb" at the airport. Elsewhere, Customs and Border Protection fear the worst when blood is found leaking from a checked bag.