The BEST Videoland (NL) shows of all time

We've compiled the average episode rating for every Videoland (NL) show to compile this list of best shows! A TV drama series for RTL based on the bestseller by Saskia Noort. Peter (Daan Schuurmans) and Eva (Bracha van Doesburgh), a young couple expecting their first child, buy a house in a suburban village. Before they get to move into their new home, they lose their baby girl. Eva has a hard time coping with her loss, while Peter has mixed feelings. The baby wasn't his to begin with. He's infertile and hopes the chapter of having children has now come to an end. Then they meet their new neighbours Rebecca and Steven, a carefree, outgoing couple who help them forget their pain. But are they really who they say they are? Mocro Maffia is a crime story about best friends Romano, Potlood and De Paus. With the three of them, they rise in rank within the criminal world. Before they know it, they own the total coke market within Amsterdam. Because of jealousy, their relation becomes complicated and ends up hostile... 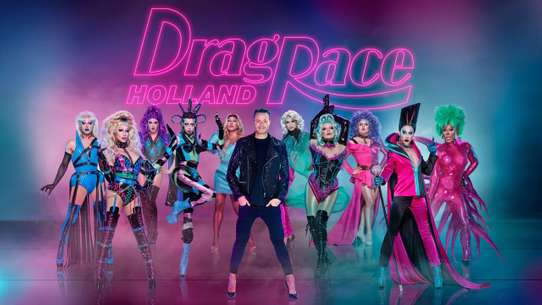 Following other international iterations like RuPaul's Drag Race UK, Canada's Drag Race, Drag Race Thailand, and South America's The Switch Drag Race, Drag Race Holland's cast of 10 queens will compete in weekly challenges and lip-sync-for-your-life duels, with the full roster of competitors and the panel of judges to be announced in the weeks ahead. Eight sexy singles head off to heaven for a love-filled summer on the show's first Dutch edition. The perfect conditions for romances with the unexpected visits of your exes.