The BEST Rooster Teeth shows of all time

We've compiled the average episode rating for every Rooster Teeth show to compile this list of best shows! X-Ray and Vav is an animated series by Rooster Teeth. The series revolves around the heroes X-Ray and Vav, based on the team formed by Ray Narvaez, Jr. and Gavin Free, and is directed by Jordan Cwierz and Lindsay Jones, with Patrick Rodriguez as the art director. X-Ray and Vav want to be the greatest super heroes ever, but they're the last people you'd want to be saved by. Despite their lack of superhero prowess, the duo is ready to take on any thug, robber or villain who stands in the way of justice. And they'll do it in true X-Ray and Vav fashion; crotch touching and creating chaos to save the day (for the most part)! Red vs. Blue centers on the Red and Blue Teams, two groups of soldiers engaged in a civil war. Each team occupies a small base in a box canyon known as Blood Gulch. According to Simmons (Gustavo Sorola), one of the Red Team soldiers, each team's base exists only in response to the other team's base. Although both teams generally dislike each other and have standing orders to defeat their opponents and capture their flag, neither team's soldiers are usually motivated to fight each other- if they are otherwise, neither are efficient. Teammates have an array of eccentric personalities and often create more problems for each other than for their enemies. The story takes place in the world of Remnant, which is filled with supernatural forces and shadowy creatures known as the "Creatures of Grimm." Prior to the events of the series, mankind waged a battle of survival against the Grimm before discovering the power of a mysterious element called Dust, which allowed them to fight back against the monsters. In the present day, Dust is used to power magical abilities and weapons. Those who use these abilities to battle the Grimm are known as Huntsmen or Huntresses.The series focuses on four girls, each with her own unique weapon and powers. Together, they form team RWBY at Beacon Academy in the city of Vale, where they are trained to become Huntresses alongside team CRDL (pronounced "cardinal"), team JNPR (pronounced "juniper"), team SSSN (pronounced "sun") and team CFVY (pronounced "coffee"). A fatal sleep epidemic has wiped out most of the human race, After a fortuitous drug bender saves his life, addict Jake ventures out into the quiet streets...unaware that most of the world has already died in their beds. Now, battling sleepless fatigue and encroaching delirium, Jake teams with a scrappy teenager, overnight doctor and red-eye pilot to search for answers, and just maybe find a way to sleep again. Set in a world of insomniacs, late-shift workers and roving psychotics, the survivors must fight to stay awake in a post-apocalyptic world of survival and redemption. 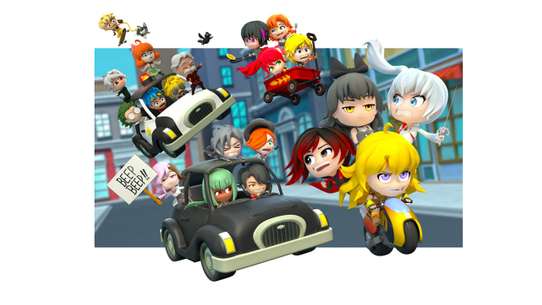 Join the cast of RWBY in a new series of cute, comedy shorts with infinite possibilities! It's playing tag! It's baking cookies! It's posing as police officers! It's... really quite absurd. It's RWBY CHIBI! 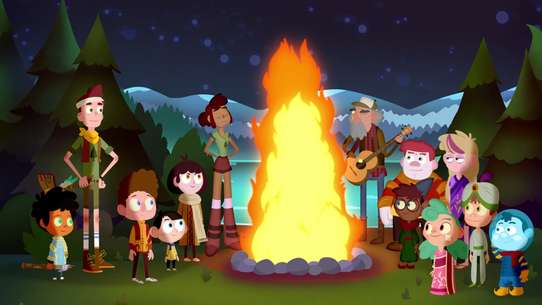 Camp Camp tells the story of Max, a jaded ten year old, who finds himself stuck at a dysfunctional summer camp run by a shady business mogul who is looking to turn a profit any way he can. The cynical Max will have to survive annoyingly cheerful counselor David, the weird cast of campers, and bizarre surprises at every turn before he can escape for home. Crunch Time begins when four grad students accidentally open up a black hole that could be the end of the world. After recklessly handling cutting-edge tech in their school lab, this brilliant team of jackasses creates a small, but potentially earth shattering, black hole that grabs the attention of government operatives. Since the “wanna-be” scientists can’t pinpoint exactly where their experiment went wrong, they must work with the secret government agency sent in to save the day by detailing EVERY illegal thing they’ve done in the lab thus far. 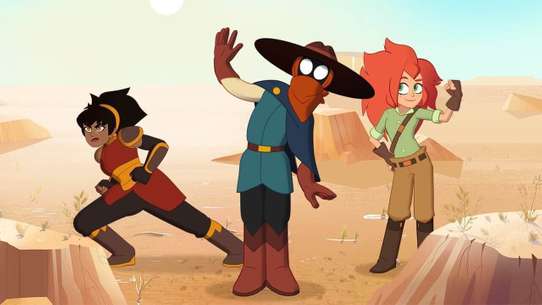 Nomad of Nowhere is a Western/Fantasy 2D animated web series developed by Rooster Teeth Productions. Set in Nowhere, a Western wasteland, Nomad is the world's last magical being, and bounty hunters are eager for the capture.