The BEST France 2 shows of all time

We've compiled the average episode rating for every France 2 show to compile this list of best shows! 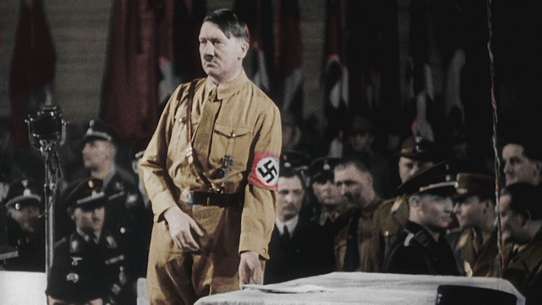 This six-part series tells the epic story of World War II, providing an insight into the experiences of the millions of soldiers who fought across countries and continents, and the moving stories of the millions of civilians who saw their homes destroyed and lives disrupted by the cataclysm of war. To tell this story, the best footage of World War II has been painstakingly transformed into colour, using digital techniques. Along with original colour home movies, it gives a new perspective on one of the great events of the last century. 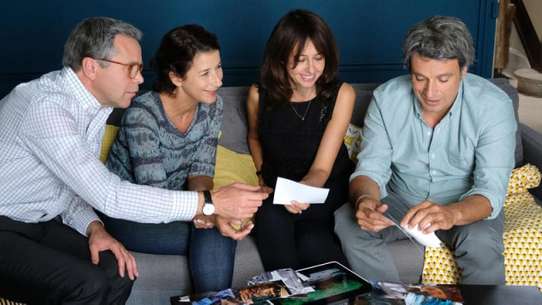 Inspired by actual events, experienced every day by millions of parents and children, this series, shot in natural settings in the manner of a "docu-soap" (only in season 1), follows the daily of two families-the-Lepic and Bouley for an entire school year. The series begins as an experiment on the edge of the documentary and "reality show" wanting to make in their daily lives two family type, respectively, using different methods of education, and to show the effects on children. Parents come and expose the reasons why they accept this experience.

Minuscule follows the day-to-day existence of anthropomorphic insects. The characters are modelled on computer in 3D and are then set against real scenery. Each animation has a short, self contained and often humorous storyline. The audio is a combination of genuine insect and ambient recordings, and sound effects such as car or helicopter engines, synthesized buzzing etc. During the episodes no words are ever spoken and, although it is a real world setting with houses, fences, cars and garbage bins often involved in the storyline, humans themselves appear only peripherally (if at all). In the year 2251, the earth has been shattered into tens of millions of aimlessly drifting blocks around the earth's core. Oslo, a power-hungry dictator, controls this land, referred to as Skyland. Oslo possesses telekinetic, or "Seijin" powers that have allowed him to seize control of water, the most precious resource on Skyland. Mila, who also possesses "Seijin" powers, has been imprisoned by Oslo. Her children, Mahad, a rebelious teen with expert piloting skills and his sister, Lena, a young female with advanced Seijin Powers, with the help of the private resistence are going to attempt the free their mother from Oslo's evil grasp and destroy the dreaded Sphere. Will they be able to accomplish such a task?

Mathias, Andrea, Gabriel and Arlette are the four pillars of a prestigious talent agency. They are a talented professional family, under the paternal authority of the founder of ASK, the Samuel Kerr Agency. The sudden death of Samuel falter this fragile balance. Will they succeed in saving the agency and to the challenge of pleasing their "stars"? #6 - The Little Murders of Agatha Christie

Agatha Christie's masterful storytelling gets a soupçon of French flair in these attractive, witty mysteries. These French adaptations are a fresh, stylish twist on classic Christie tales.

After staying away from the professional world for ten years, Candice Renoir, blonde and mother of four, is commander-in-chief of a group of investigators.

Set in the small coastal town of Le Tréport in northern France, where the bodies of murder victims are being unearthed and left for discovery. The former chief-of-police, Paul Maisonneuve, is implicated in the murders. Detectives Justin and Sandra investigate the case. 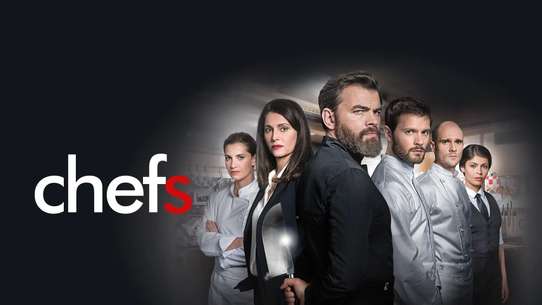 Every year Le Chef (English: The Chef), owner of the restaurant Le Paris, and a figure in French cuisine incorporates a young offender on probation into his team. Romain, just released from prison, arrives in this new world where gastronomy and excellence mix. After a difficult integration, he shows a real talent for cooking and climbs the ranks. 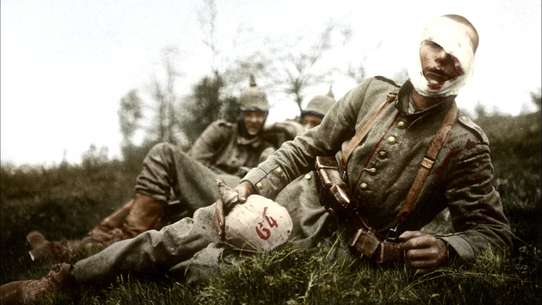 Marking the centenary of World War One, a landmark new series examines the milestones of a global battle known as the war to end all wars. Exploring the experiences and huge sacrifices of soldiers and civilians worldwide, it asks fundamental questions about the conflict that wiped out almost an entire generation. When Major Raphaëlle Coste turns to the police criminal records department for one of her investigations, she has no idea that she is going to meet a young woman as brilliant as she is confusing, a living memory of criminal investigations. Astrid, 30 years old, particularity: autistic. 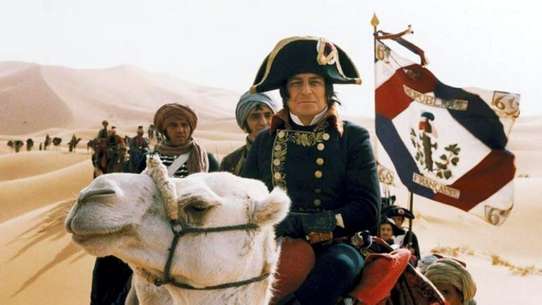 For the first time ever, Napoleon the man and legend is depicted on screen in all of his facets: as a man of human needs and desires, strengths and weaknesses; as a soldier, politician and visionary who raised himself above his fellow mortals and transformed himself into a myth. "Napoleon" sweeps away the pathos of previous portrayals and presents its subject in all of his complexity and contradictions. It provokes questions and challenges common assumptions. It paints a portrait of Napoleon that respects the facts and depicts him as a man whose life can still move and inspire all of us today. This 4 part mini-series won the 2003 EMMY AWARD for outstanding costumes, along with 6 further nominations. 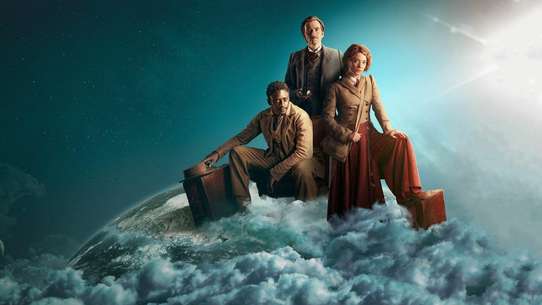 Following an outrageous bet, Fogg and his valet, Passepartout, take on the legendary journey of circumnavigating the globe in just 80 days, swiftly joined by aspiring journalist Abigail Fix, who seizes the chance to report on this extraordinary story. A French couple in their thirties deals with the every day hassles of life together. Villefranche is a small town with no phone reception on the edge of a mysterious forest. The number of inhabitants is dwindling but there's a sharp rise in crime. Police inspector Laurene, once the victim of a crime herself, keeps on discovering fresh corpses. 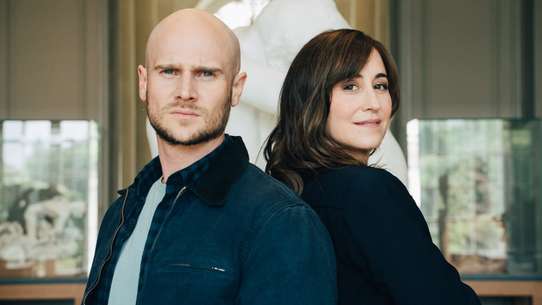 A policeman teams up with an art expert to investigate crimes. 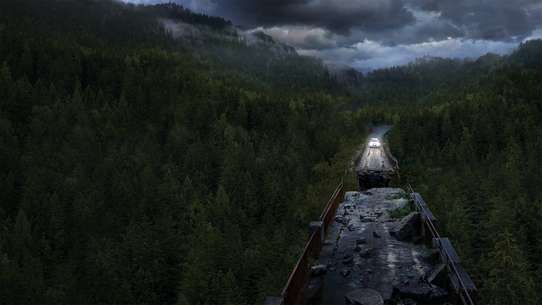 A reunion of childhood friends at a remote chalet in the French Alps soon turns into a desperate struggle for survival as they get cut-off from rest of the world and a shocking dark secret from the past surfaces. 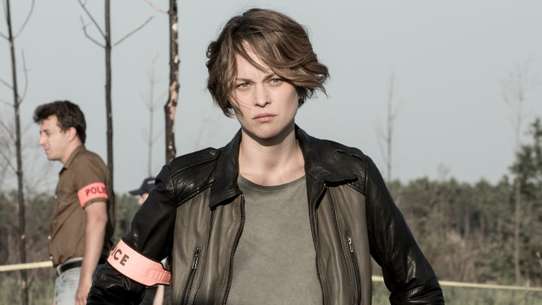 A head-strong, tough on the outside female detective in Nice works with her 2 colleagues to solve what appears to be a work of serial killer. The investigation leads to a partnership with a psychiatrist who works at a mental institution nearby, and the two work, inspite of one another's dislike for each other, to try and bring a "mythological serial killer" to justice. This is only the visible plot. This strange series of events, not only gets stranger as the days go on, but closer to home for all persons involved. Why, who, and how can all of this be happening with not a shred of evidence? Hired in the Montsou mines, Étienne Lantier meets the Maheu family and falls in love with their daughter Catherine. She is courted by Chaval, a brutal worker. When the Compagnie des Mines lowered wages, Étienne, already outraged by this misery, rose up. Dreaming of justice, he pushes for a strike. Weeks go by, the starving strikers struggle, but, victims of violent repression, resign themselves to returning to work. 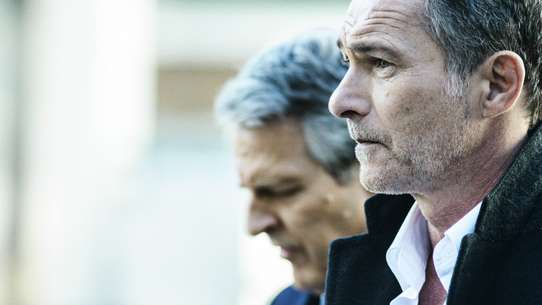 French political thriller delving deep into the heart of a tension-filled campaign as two spin doctors, formerly allies, are pitted against each other for the first time preparing for a snap election.

A haunting depiction of two young lives plagued by tragedy and trauma, this six-part limited drama series chronicles the disappearance of 18-year-old Laetitia Perrais in western France. Left to reconstruct the teenager's final hours for answers, investigators clue in on the deeply troubling upbringing of Laetitia and her twin sister, Jessica. 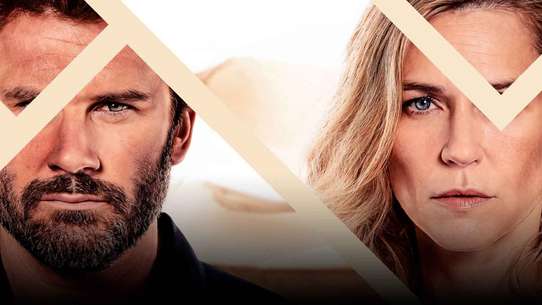 Claire lost her husband Gabriel during the tsunami in 2004. His body was never found. Fifteen years later, Claire has a new life with Lukas and her son Zach. After a decade of mourning and professional purgatory, she has just landed a dream job in Abu Dhabi. One night, Claire is having dinner and sees Gabriel’s reflection in a window. She tries to follow him, but he’s already gone. The next day, she decides to search for him. When she discovers that Gabriel is indeed alive, it sets Claire on a course that will change her life forever.