The BEST Eleven shows of all time

We've compiled the average episode rating for every Eleven show to compile this list of best shows! 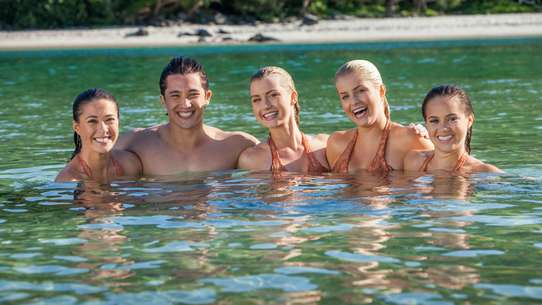 Mako Mermaids centers on three mermaids, Sirena, Nixie, and Lyla, who are assigned with the task of protecting their magical Mako Island from trespassers, only to be thwarted by the arrival of a 16 year old land-dweller Zac – who forms a special connection with the island and is granted a blue fish-like tail and amazing marine powers. Threatened by his existence, the mermaid pod are forced to move away, abandoning Sirena, Nixie, and Lyla, who in a bid for survival must get legs, venture onto land, and take back Zac's powers or risk being outcasts forever. Neighbours is set in Ramsay Street, a residential cul-de-sac in the fictional Melbourne suburb of Erinsborough. Exploring the trials and tribulations of families and friends, Neighbours brings the perfect blend of soap and sunshine to audiences in Australia and beyond. Starting in 1985, Neighbours has become an Australian icon and the longest running drama series in Australian television history, launching the careers of stars like Kylie Minogue, Delta Goodrem, Natalie Imbruglia, Guy Pearce and Margot Robbie. Catch up with your friendly Neighbours weeknights at 6.30 on 10 Peach, and online at tenplay.com.au/neighbours