The BEST Dragon TV shows of all time

We've compiled the average episode rating for every Dragon TV show to compile this list of best shows! Three hundred years ago, Bai Qian stood on the Zhu Xian Terrace, turned around and jumped off without regret. Ye Hua stood by the bronze mirror to witness with his own eyes her death. Three hundred years later, in the East Sea Dragon Palace, the two meet unexpectedly. Another lifetime another world, after suffering betrayal Bai Qian no longer feels anything, yet she can't seem to comprehend Ye Hua's actions. Three lives three worlds, her and him, are they fated to love again? #2 - Empresses In The Palace

It tells the story of one of Emperor Yongzheng's concubines, Zhen Huan, who's the mother of Prince Hongli (the famous Emperor Qianlong).This drama, adapted from popular Internet novel of the same name, will tell the story of the heroine, Zhen Huan (Sun Li), who joined the palace harem with her sister. She was selected to be Emperor Yongzheng's (Chen Jian Bin) concubine. When Zhen Huan first enters the palace, she is innocent and gullible, but gradually learnd the hard way to fend for herself when she inadvertently becomes caught up in the schemes between the Empress (Ada Choi) and Concubine Hua (Jiang Xin). Through cunning and deceit, Zhen Huan finally succeeds in becoming Empress. However, she arouses Emperor Yongzheng's suspicion about her loyalty and is forced to poison her true love, 17th Prince. Finally, when Emperor Yongzheng dies and Hong Li ascends the throne, Concubine Zhen Huan becomes Empress Dowager. Though her future seems bright, she lives the rest of her life in sadness and guilt. 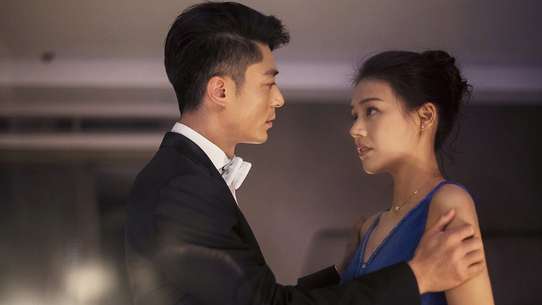 Getting inside the head of a violent criminal is not easy. But Simon Bo, a brilliant criminal psychologist, has the ability to get into the minds of even the most mysterious and violent criminals. He’s a professor at The University of Maryland and works as an analyst and advisor on the police department’s most violent or difficult cases. With the help of his young assistant, Jenny Jian, Simon delves into the thoughts and intentions of the criminal mind. As the daughter of a veteran police investigator with a deep sense of justice, can Jenny help Simon open up emotionally as they work together to solve crimes? The princess of Northern Liang takes on the identity of her saviour Li Weiyoung to seek revenge against the people who annihilated her kingdom. Detective Ji Bai and new criminal profiler Xu Xu may seem like an awkward teacher-student pair at first glance, yet they are actually the best partners in the police force, solving one crime after another. Ji Bai slowly falls in love with Xu Xu, yet she is a girl who is as slow as a snail when it comes to love. Just as Xu Xu starts to reciprocate Ji Bai's feelings, the dormant "Angel's Killer" reappears.