The BEST CMT shows of all time

We've compiled the average episode rating for every CMT show to compile this list of best shows! Set in Memphis during the tumultuous early days of the civil rights movement, Sun Records tells the untold story of nothing less than the birth of rock ‘n’ roll. Guided by Sam Phillips, young musicians like Johnny Cash, Elvis Presley, Carl Perkins and Jerry Lee Lewis combined the styles of hillbilly country with the 1950s R&B sound created by artists like Muddy Waters, B.B. King, Fats Domino and Ike Turner, and changed the course of music forever. The series chronicles the young artists’ often jarring and sudden meteoric rise to fame in the face of sweeping political change and social unrest. 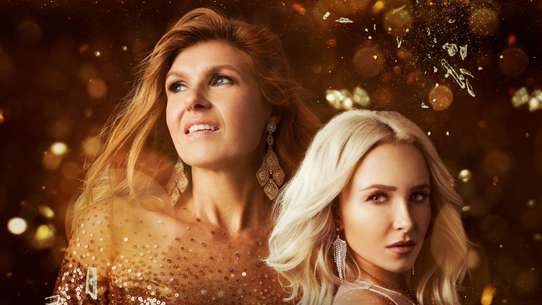 The lives and tragedies of rising and fading country music stars in Nashville, Tennessee.

Still The King features Billy Ray Cyrus as Vernon Brownmule, aka "Burnin' Vernon," a scandal-ridden, washed-up, one-hit-wonder who was kicked out of country music, only to emerge 20 years later as the second best Elvis impersonator around. After crashing into an old country church sign during a drunken bender, he is arrested and sentenced to return and serve as the church's handyman as part of his parole. Along the way, he pretends to be the congregation's new minister and reconnects with a former one-night-stand (Joey Lauren Adams), when he learns he has a 15-year-old daughter (Madison Iseman) he's never met. It takes a lot more than pompoms and a winning smile to become a member of one of the nation's most iconic cheerleading teams in the world as CMT discovers in the two-hour special, Dallas Cowboys Cheerleaders: Making the Team. CMT cameras document the audition process as 1,000 women descend upon Texas Stadium for Dallas Cowboys Cheerleaders open auditions. CMT cameras will capture the entire journey of the 2005-2006 squad from auditions, through training camp, all the way to the first home game, with unprecedented access. "Through the years, I have found that most people don't truly understand what it takes to be a cheerleader," says Dallas Cowboys Cheerleaders director Kelli McGonagill Finglass. "This CMT special breaks through the mystique of the organization to reveal a group of women with extraordinary talent, sacrifice and diversity. I am proud for the nation to see how truly impressive the ladies are while always embracing a humble, hometown girl spirit." With unlimited access, CMT's original special will take viewers every step of the way, as the field of candidates is whittled down from more than 1,000 to just 38. CMT will go behind the scenes throughout the three audition phases -- preliminaries, semifinals and finals. Then it's off with the 45 remaining candidates for a grueling three-month training camp to learn more than 50 song-and-dance routines for the upcoming football season. Ultimately 38 women will be selected for the 2005-2006 Dallas Cowboys Cheerleaders squad, and CMT will be there as they perform at the first home game against their rivals, the Washington Redskins. Each week, the Chapmans and their son Leland will fly from their Da Kine Bail Bonds headquarters in Hawaii to various bail bondsmen businesses around the United States as they assist in apprehending criminals. The series will also encompass the group as they improve the bail bondsmen businesses techniques on how to run more efficiently, from the writing of bonds to the tedious task of tracking criminals and technological device training.

Working Class follows the life of a single blue-collar mom, who has recently moved her family to a rich suburban neighborhood to try and provide a better life for her kids, while proudly retaining her working class roots. 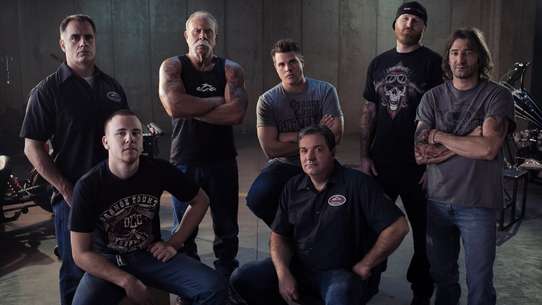 Follow the world's most renowned custom motorcycle manufacturer and its fearless leader, Paul Teutul Sr. with his team as they reach new extremes resulting in mind-blowing bikes and, of course, state-of-the-art drama. Hall of Fame professional wrestler Steve Austin invites eight elite athletes to his ranch each week to compete in head-to-head battles until only one is left standing. That man or woman then takes on Steve's personal obstacle course, the Skullbuster, for a chance to win $10,000. 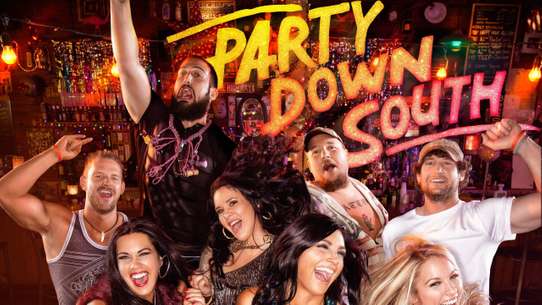 From the producers of “Jersey Shore” comes a new series follows eight young, brazen adults for one wild summer of extreme fun. Their summer vacation spot, Murrells Inlet, South Carolina, may never be the same after these fast friends work, party and bond with one another over their common love of the South. Hosted by WWE superstar Steve Austin, REDNECK ISLAND will take 12 red, white and blue-collared Americans out of their element, and far away from cold beer, for the ultimate redneck-style competition series, which debuts Saturday, June 9 at 10:00 p.m. ET/PT with a special 2-hour long premiere. Visit CMT.com for a sneak peek at REDNECK ISLAND. From a remote tropical paradise, Austin will guide the men and women through a number of hilarious mental and physical challenges designed to celebrate the group's strengths and limitations in a quest for $100,000. At the end of each episode, teammates will send one competitor packing.