The BEST Audience shows of all time

We've compiled the average episode rating for every Audience show to compile this list of best shows! 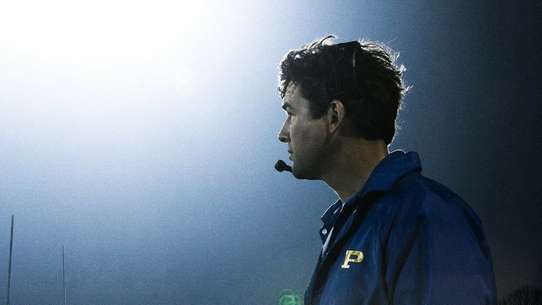 In Dillon, Texas, high school football brings the community together as the drama of small town life threatens to tear it apart. Set in New York's world of high stakes litigation, Damages follows the lives of Patty Hewes, the nation's most revered and most reviled litigator, and her bright, ambitious protege Ellen Parsons as they become embroiled in a class action lawsuit targeting Arthur Frobisher, one of the country's wealthiest CEOs. As Patty battles Frobisher and his attorney, Ellen learns what it takes to win at all costs -- and that lives, not just fortunes, are at stake. A high-impact crime drama that follows the Green family as they plunge into the underbelly of the Los Angeles diamond trade. Jake and Freddy are half-brothers brought together by their father Isaac, the patriarch, and their uncle Cam. All navigating the culturally diverse and treacherous world of the diamond business. Billy & Billie, a comedy from acclaimed screenwriter Neil LaBute (The Shape of Things, In the Company of Men), centers on two young adults (Adam Brody and Lisa Joyce) as they fall in love. They face the usual barrage of attention from their friends and family, and the normal anxieties that come at the start of a new relationship—all further complicated by the fact that they’re stepbrother and sister. Two years ago, a psychopathic killer drove a stolen Mercedes into a crowd, killing 16. The recently retired detective who headed the unsolved case suddenly begins receiving mysterious messages containing unreleased information and decides to start his own, unofficial investigation. "Rogue" revolves around Grace, a morally and emotionally-conflicted undercover detective who is tormented by the possibility that her own actions contributed to her son’s death. Grace’s search for the truth is further complicated by her forbidden relationship with Jimmy, the crime boss who may have played a hand in the crime. A smart, complex, character-led thriller, "Rogue" explores loss, grief, identity, family bonds, second chances and redemption. Both Grace and Jimmy not only struggle with who they are, they struggle with who they want to be. Both cross the line – morally, emotionally, sexually – with devastating consequences for their own lives and those around them. The Oprah Winfrey Show has featured many celebrities over the years, but that's only one side of it. There's also Oprah's eternal quest to better herself, and to help viewers do the same.