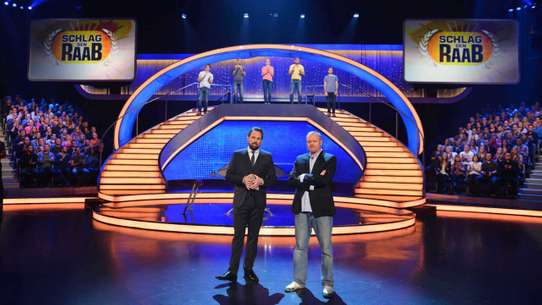 Schlag den Raab is a live game show airing on the German television channel ProSieben on Saturday evenings. A total of six shows are produced and broadcast each year. A candidate who can beat Stefan Raab in a number of disciplines wins the jackpot.