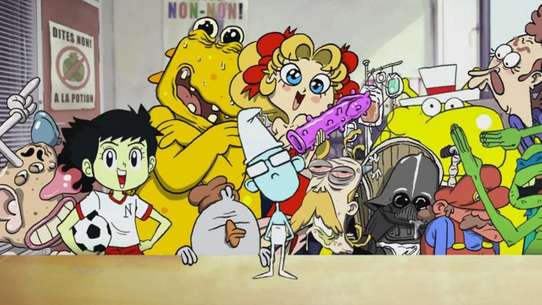 The WORST episodes of Les Kassos

Every episode of Les Kassos ever, ranked from worst to best by thousands of votes from fans of the show. The worst episodes of Les Kassos!

Nervous breakdowns will spare no one. Even not the characters of our childhood. To such a point that some people of them even became socially disadvantaged persons. Fortunately for them, all is not lost and a brave social worker decided to deal with their case. Come in his office and assist its confidential interviews with Aspegix and Grodebilix, Zizimir, Sandy, Proumfs, Mr Patatos, Marius and Gigi, the Tortoises Tramps and all Kassos which suffer in the biggest indifference.