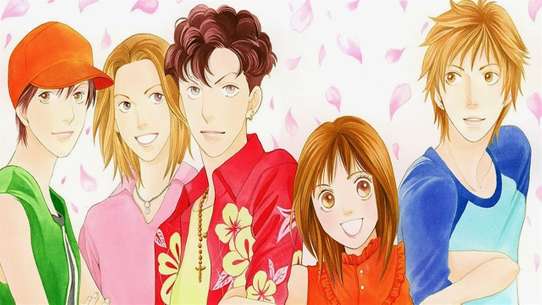 The BEST episodes of Boys Over Flowers (anime)

Boys over Flowers is an anime series based on the manga of the same name. It originally aired from September 8, 1996 to August 31, 1997 for fifty-one episodes. In 1997, a short film was released while the anime was still airing. It is set in an alternate universe. Boys Over Flowers has been released on VHS and DVD in Japan. It was licensed by Viz Media for North America to promote their release of the manga. Discotek Media bought the license and released a box-set of the series in October 2016. After Tsukushi Makino (Mochida) begins attending Eitoku Academy, a chance event has her entangled with the F4 forever. Their leader, Tsukasa Domyoji (Miyashita), ends up falling for her, though she hates him at first and actually likes his friend, Rui Hanazawa (Yamamoto). Over time, Tsukushi grows closer to Tsukasa but struggle with her feelings.

#4 - Within the Approaching Hurricane!

#8 - The Beginning of New Days

#9 - The Brink of Love's Withdrawal- Parting of Ways

#13 - The Fluttering Bird in My Heart